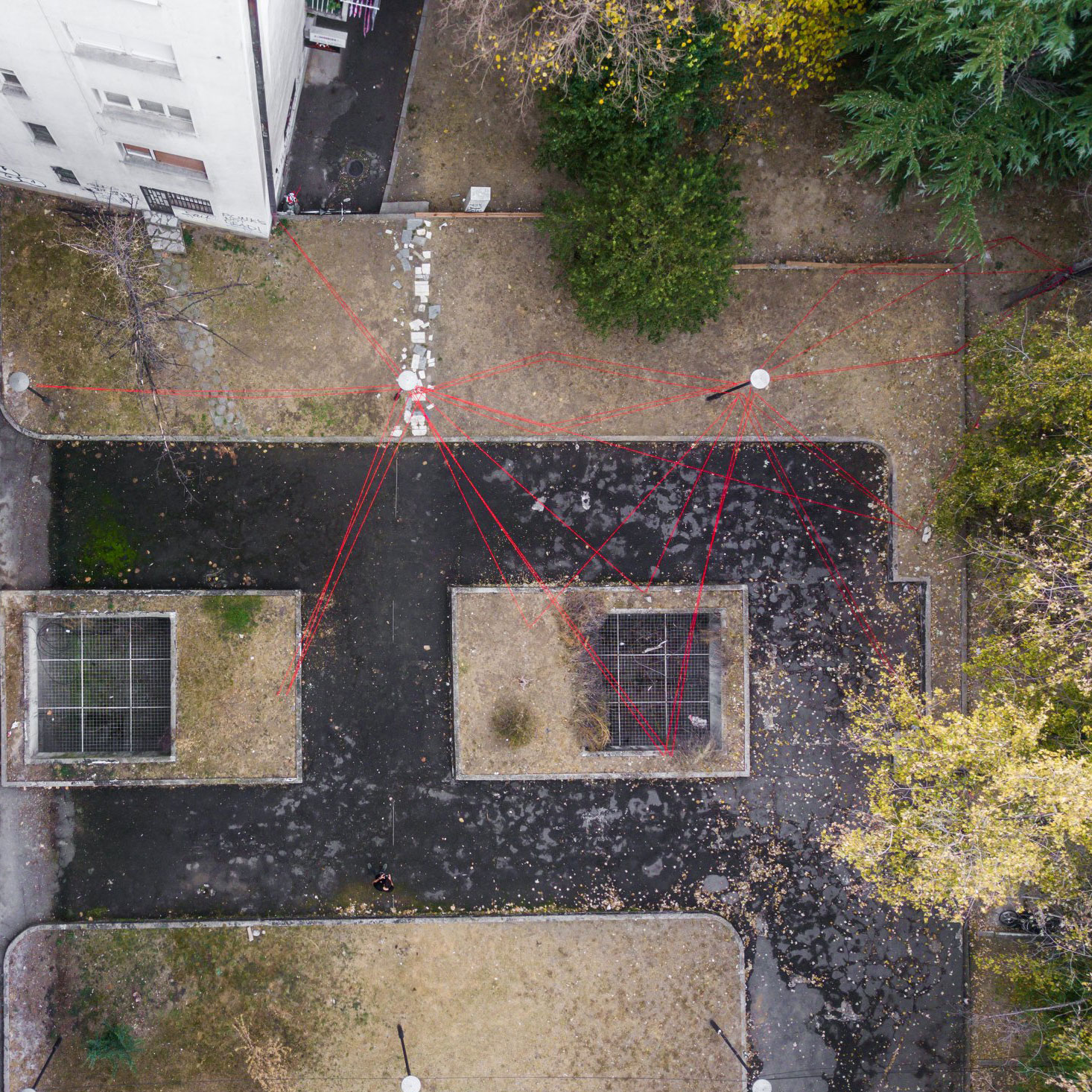 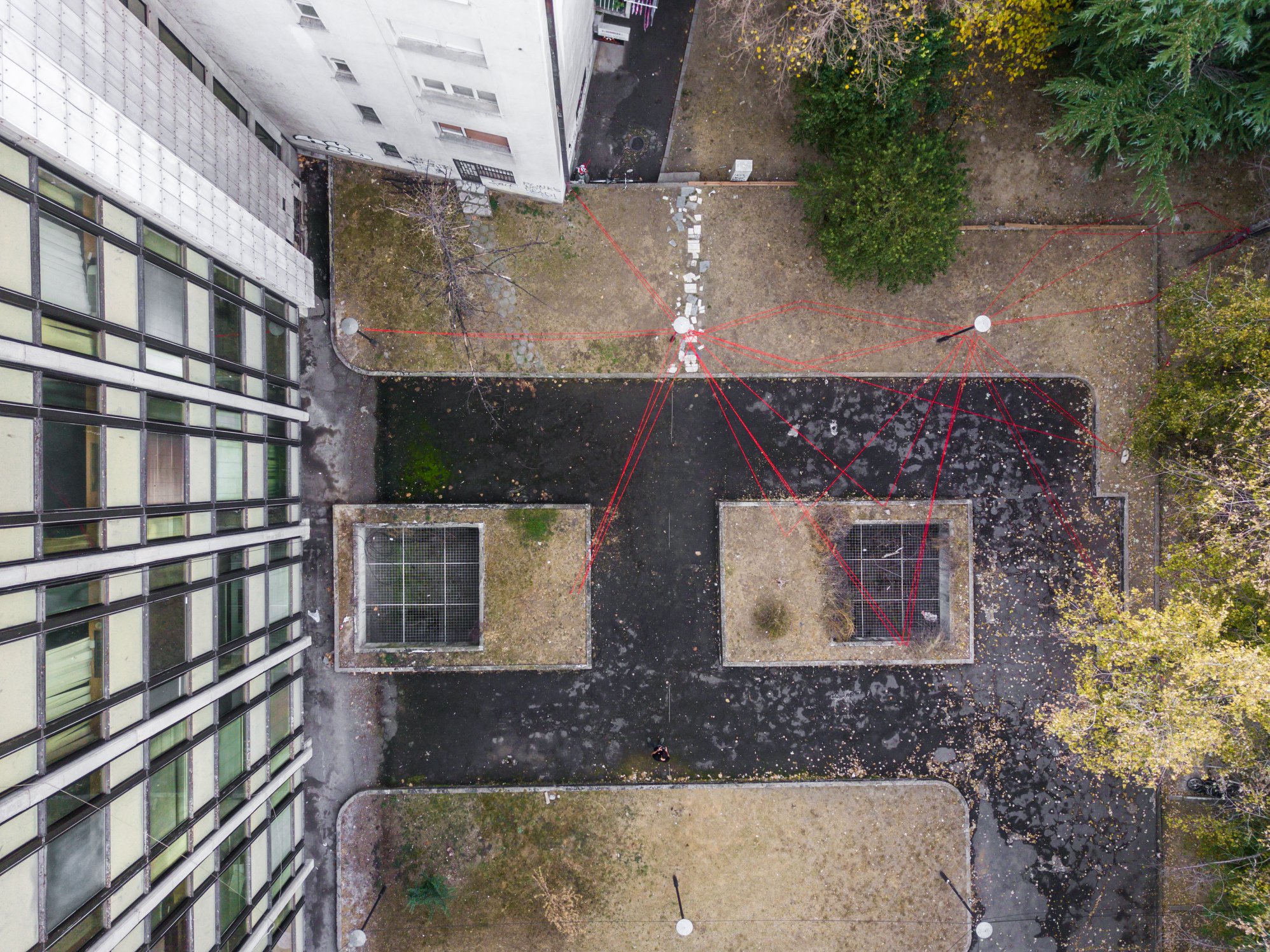 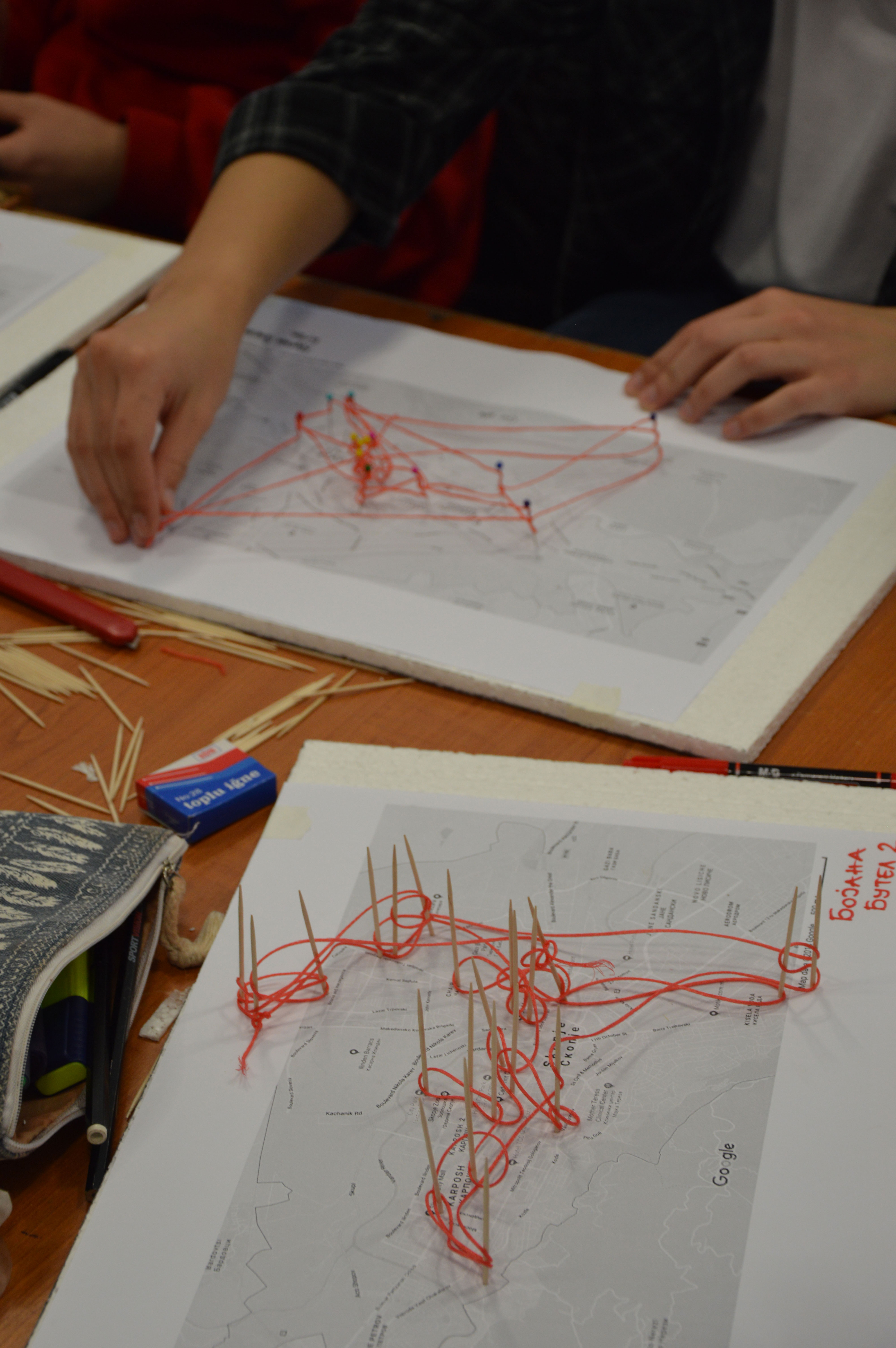 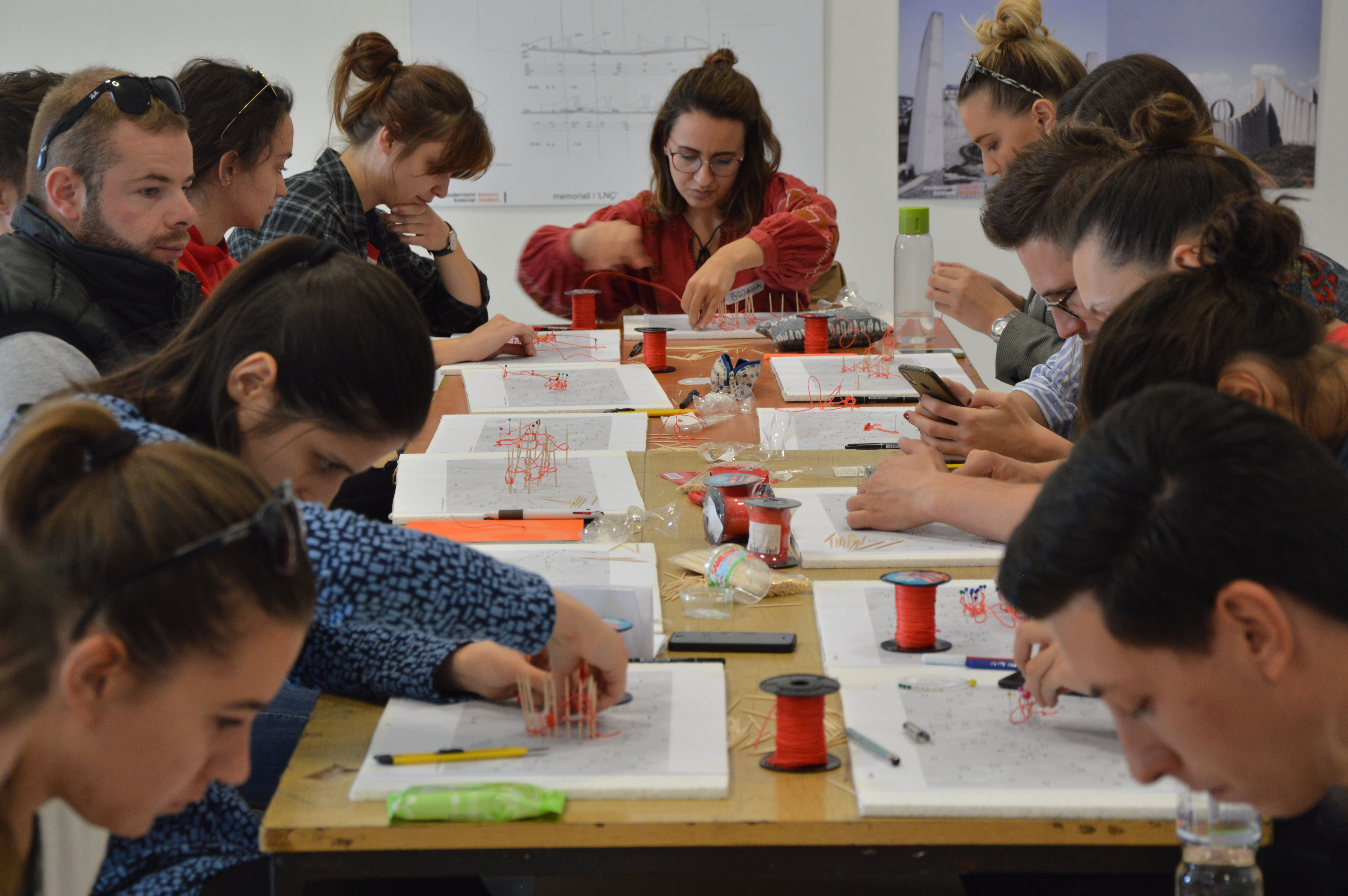 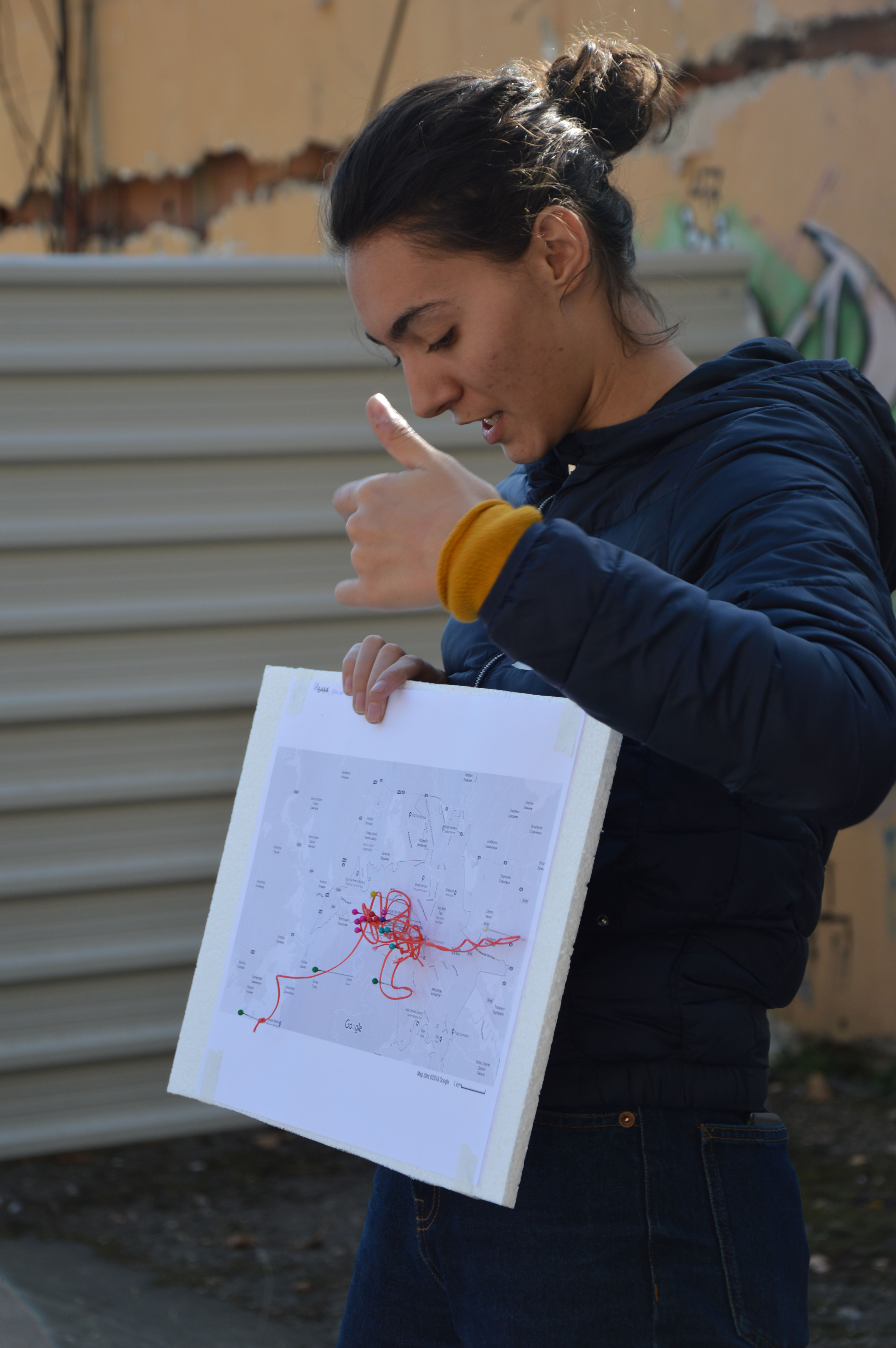 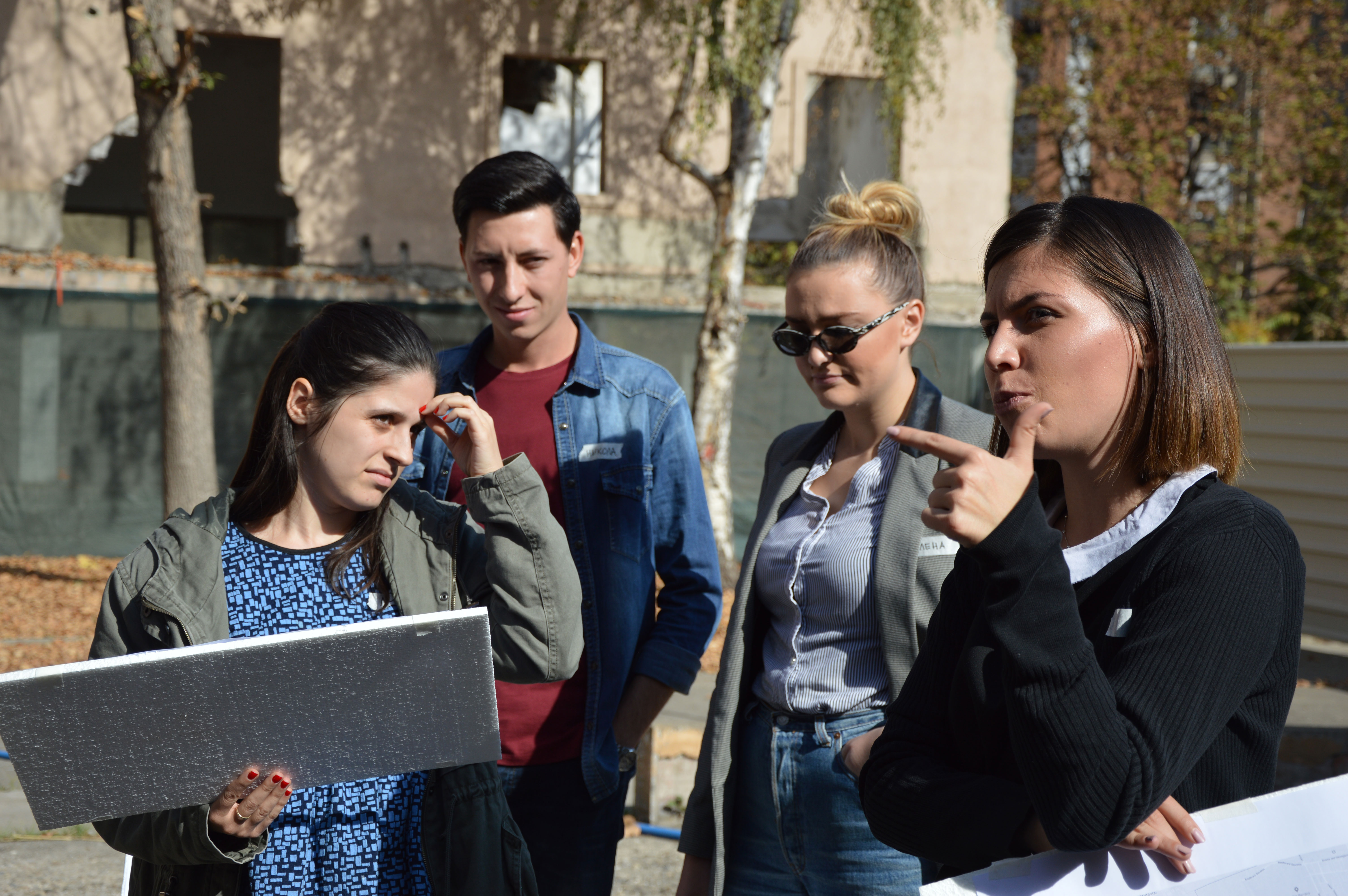 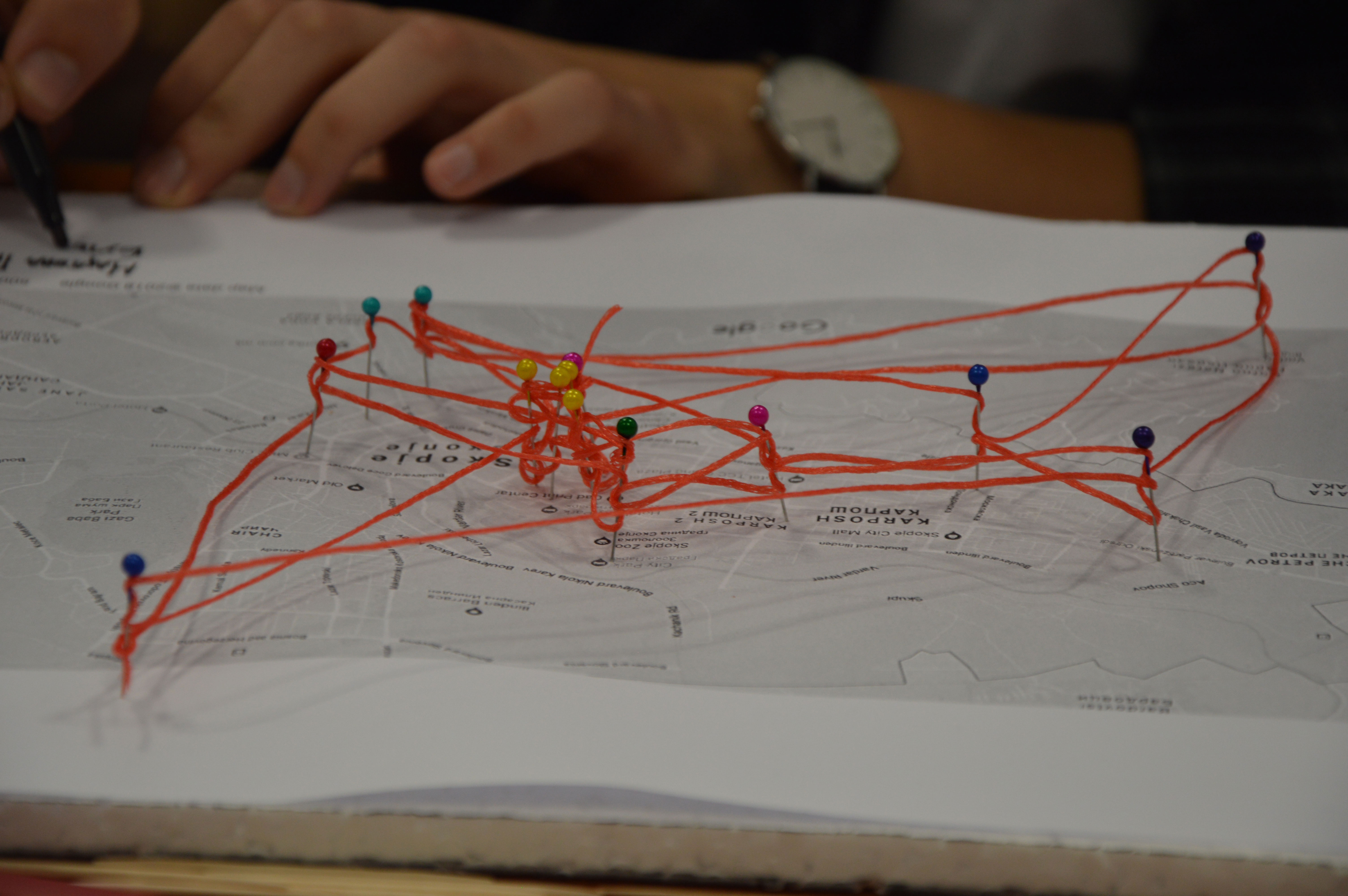 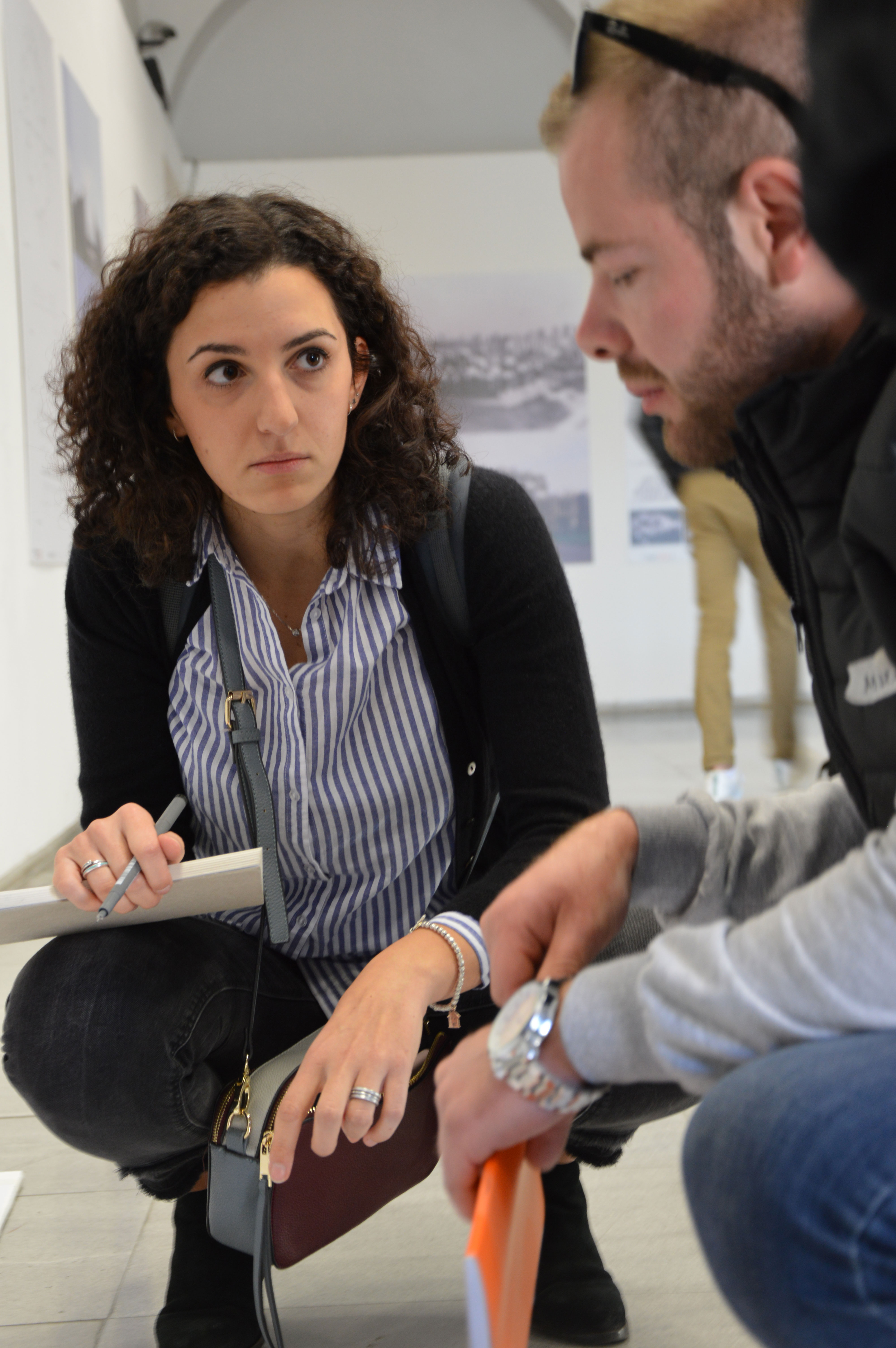 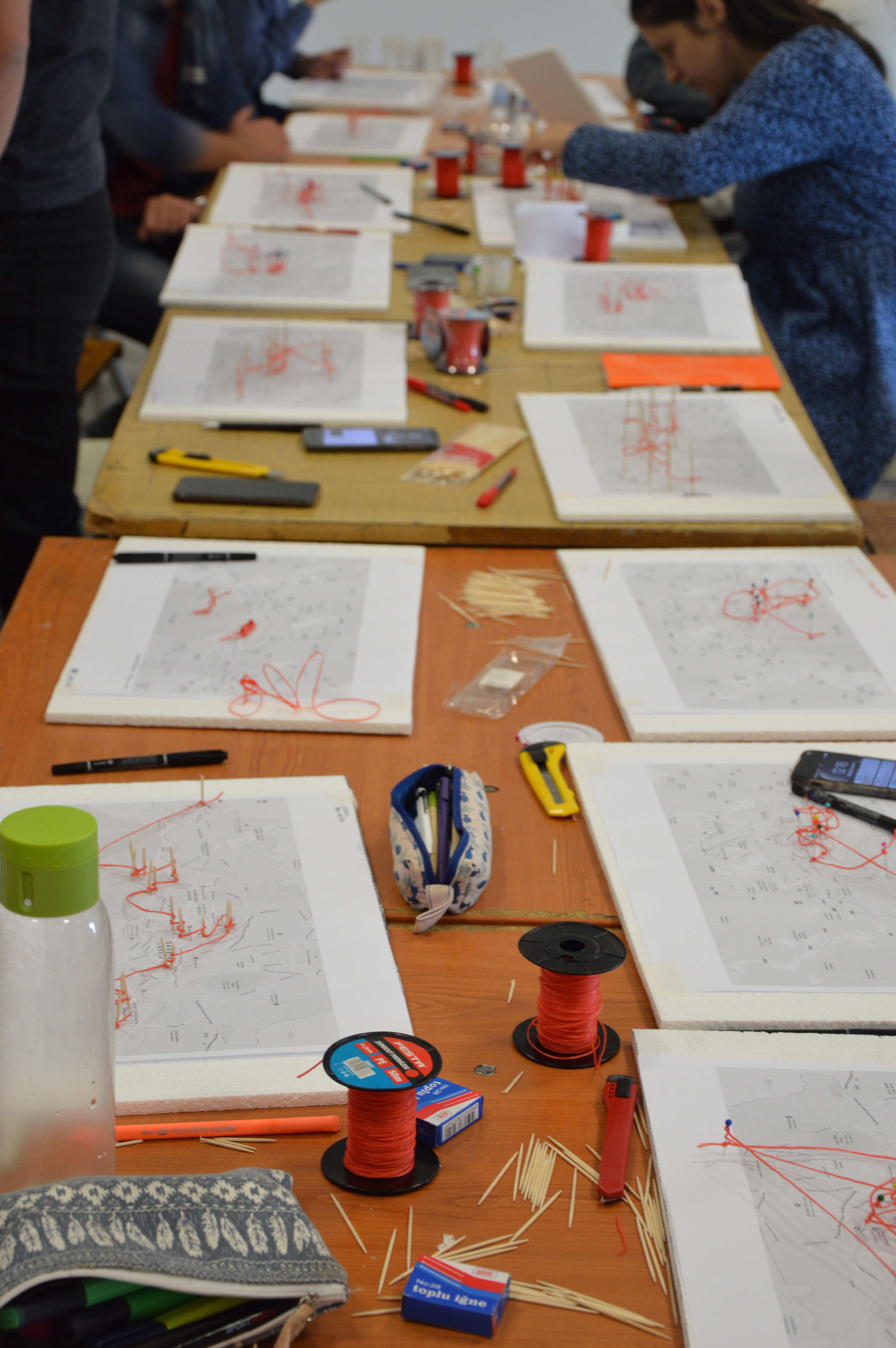 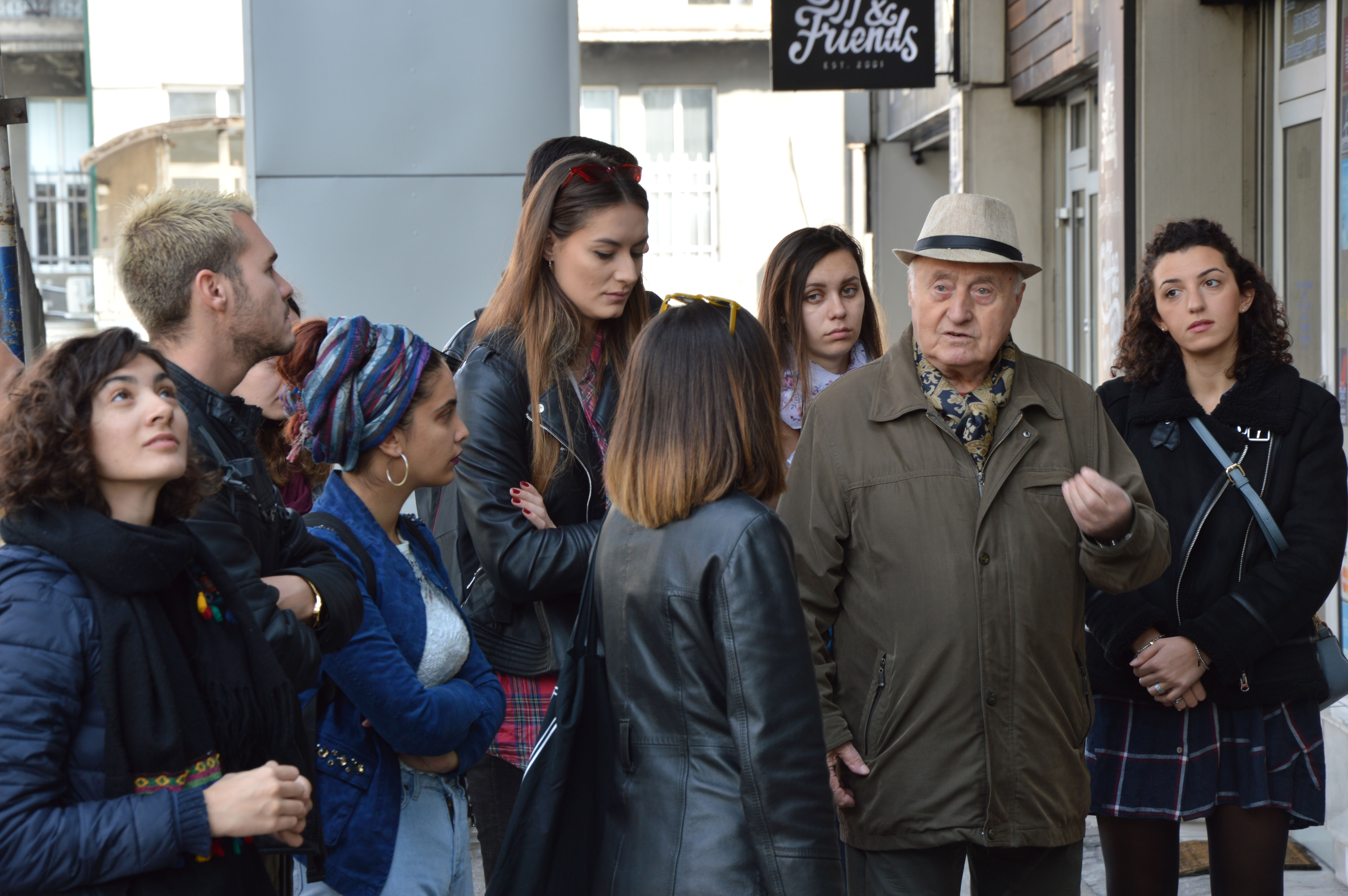 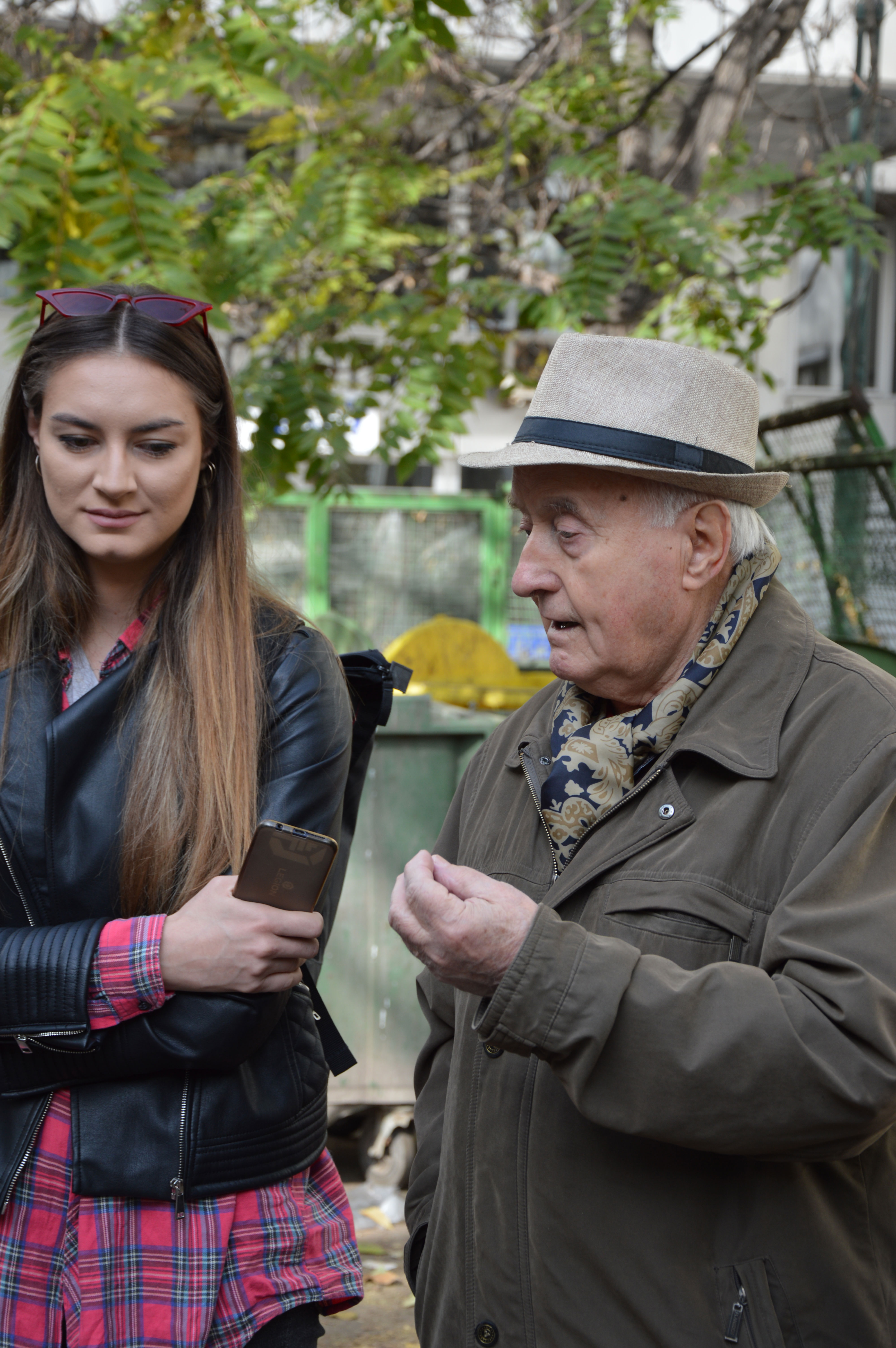 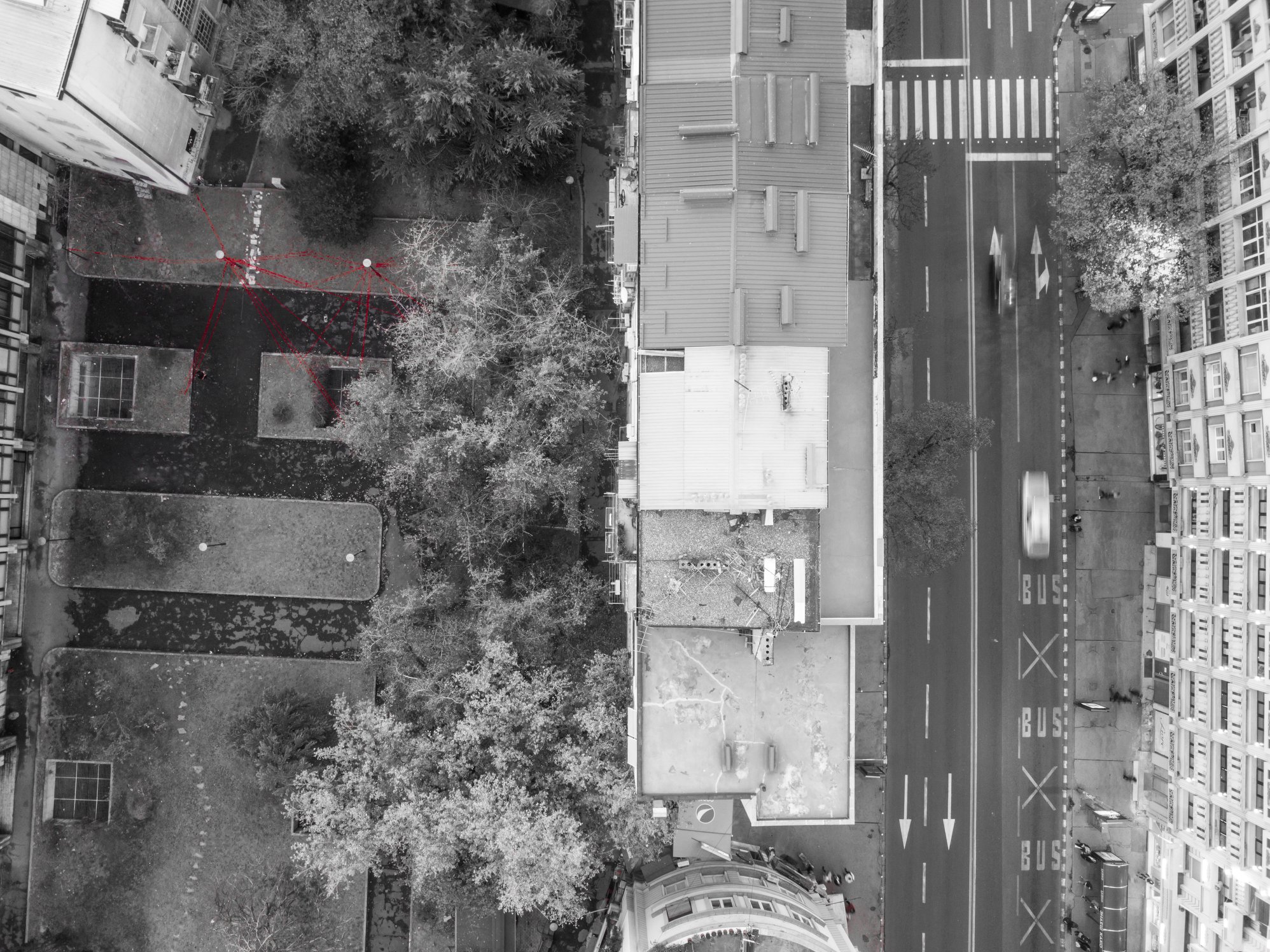 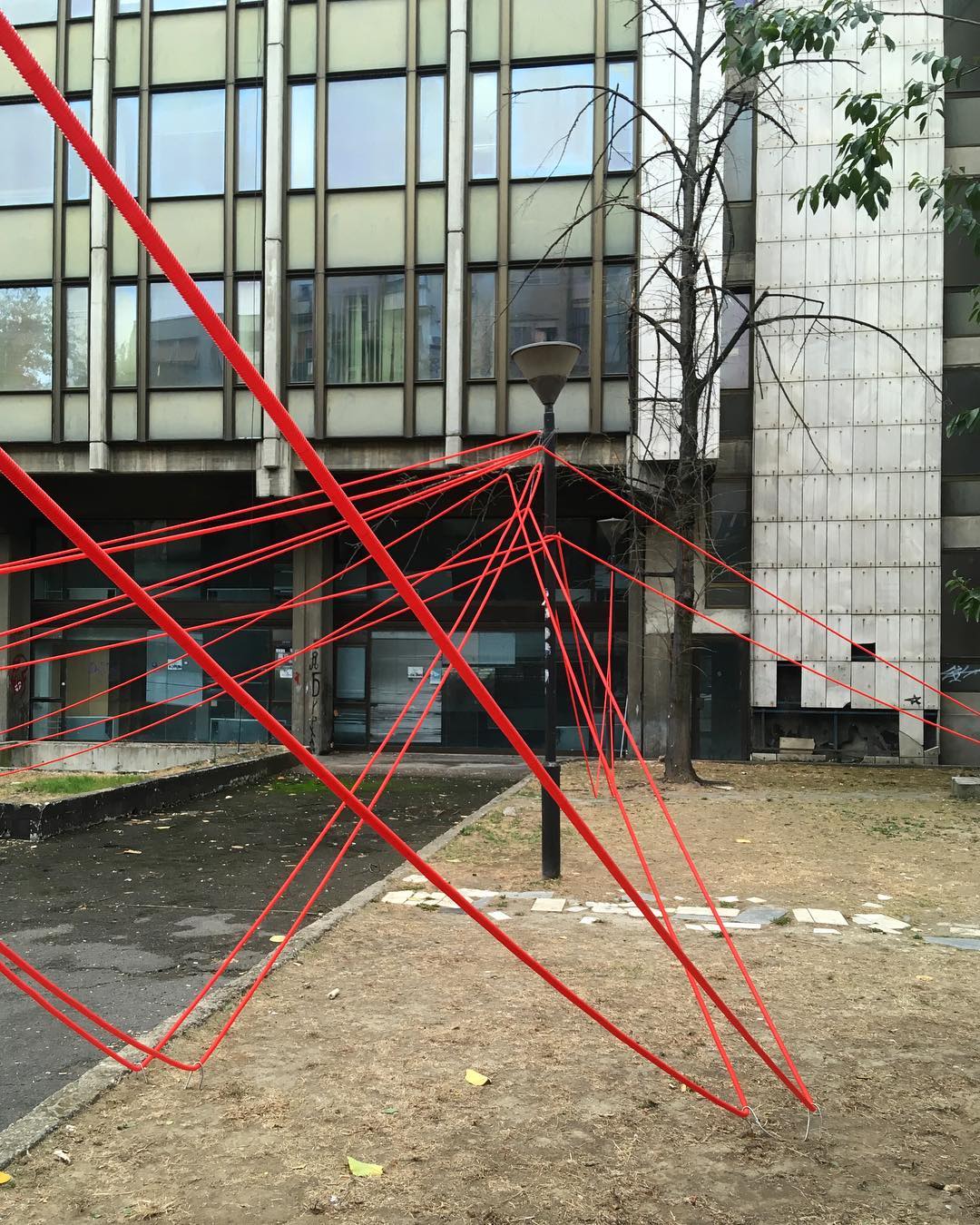 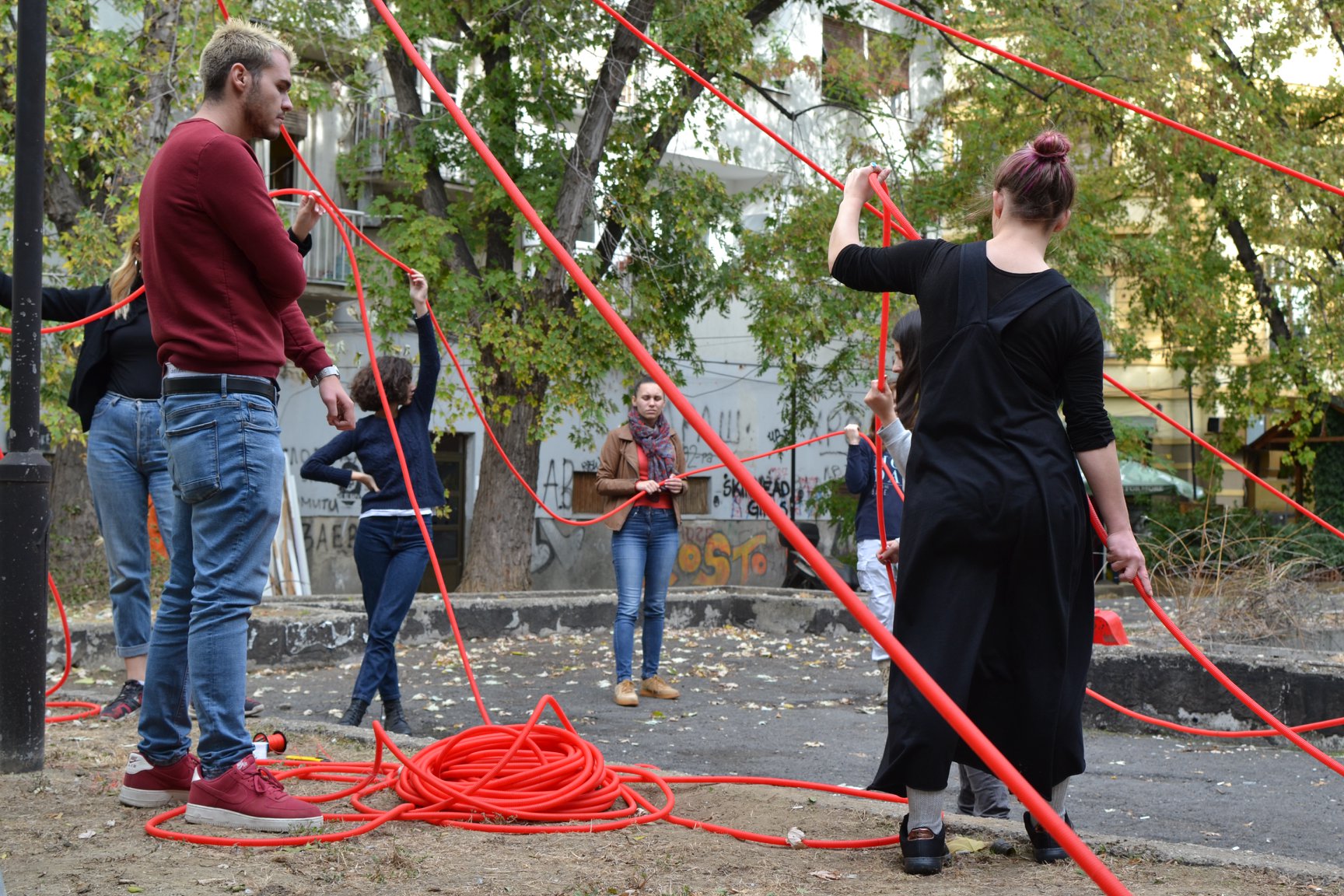 The project Skopje 55 happened from the 27th to the 30th of October 2018 and included the following activities:

A workshop which was held in the Museum of the City of Skopje where 16 students of architecture took part. During the workshop, students developed emotional maps of Skopje where they presented their daily paths and frequently visited places in the city. Then everyone shared their maps with other participants and discussed about the problems, as well as the positive aspects of the city in all the different neighborhoods.

As a result of all these maps, a temporary urban installation in scale 1:1 was built, which was inspired by a student’s map, but adjusted to the ground. The material for the installation was red tube. It was set up in the park Forum which has huge potential to become the new alternative center of the city. It is a green public space that is currently neglected and forgotten, but it can hold various cultural activities if taken proper care of. The installation was set here from the 30th to the 5th of November in order to attract the attention of the citizens and the competent institutions.

In addition to the workshop, a tour was organized with the architect Trajko Dimitrov who took the students around the building of Paloma Bianca, the backyard and the Forum Park. The architect explained the students what was like the construction process of all the buildings from the whole block from his personal experience.

The project Skopje 55 aims to project visions for the City of Skopje 55 years after the earthquake, to open questions without exact answers, to provoke discussions and actualize forgotten spaces in the city of Skopje, which have huge potential for resolving current issues.