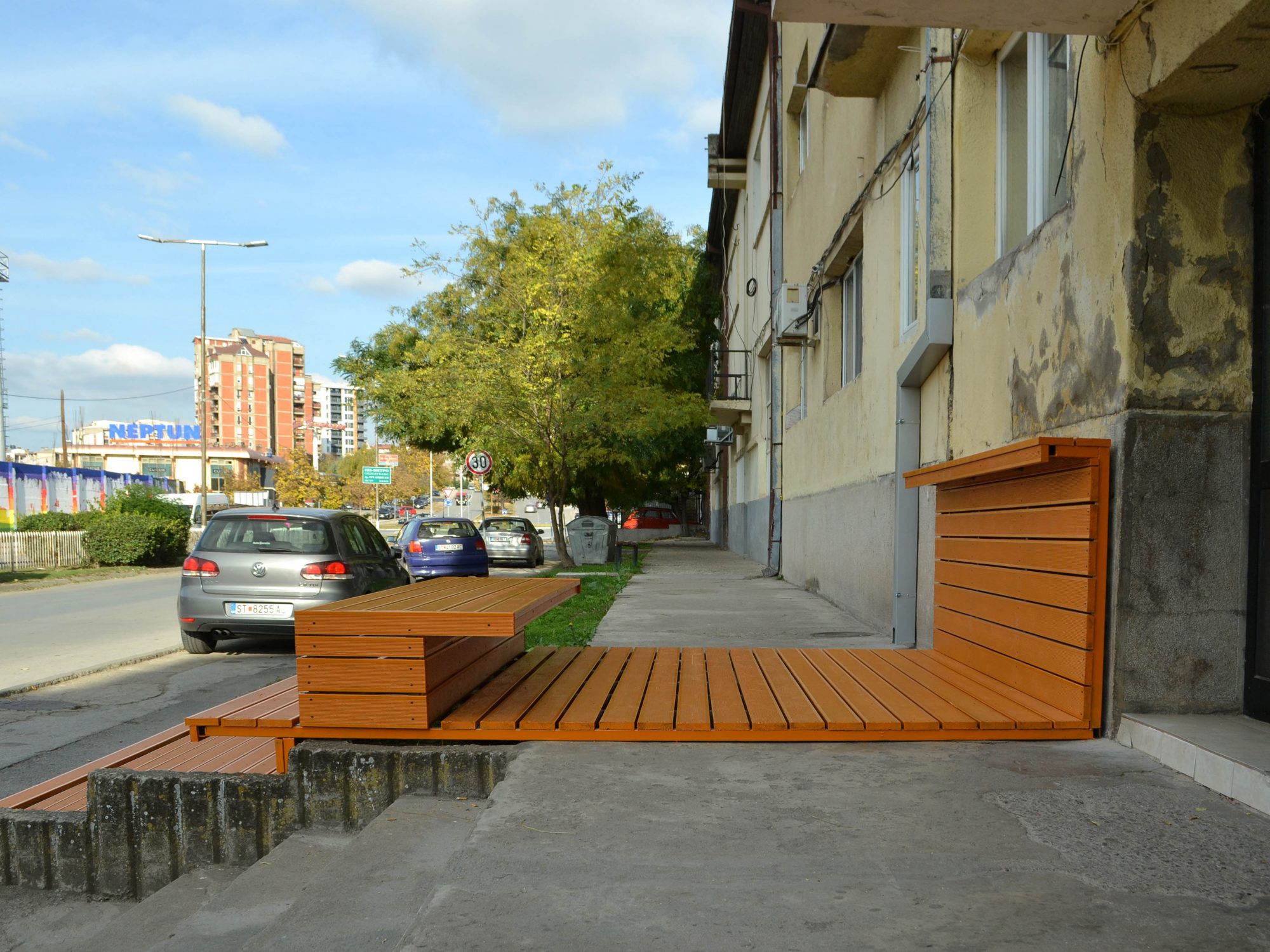 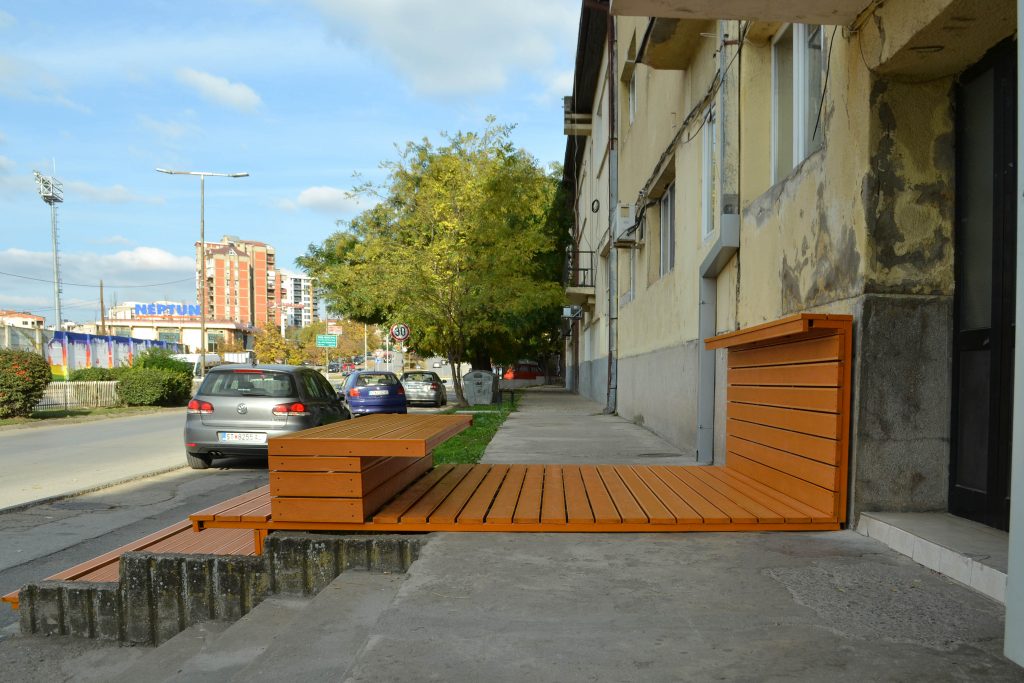 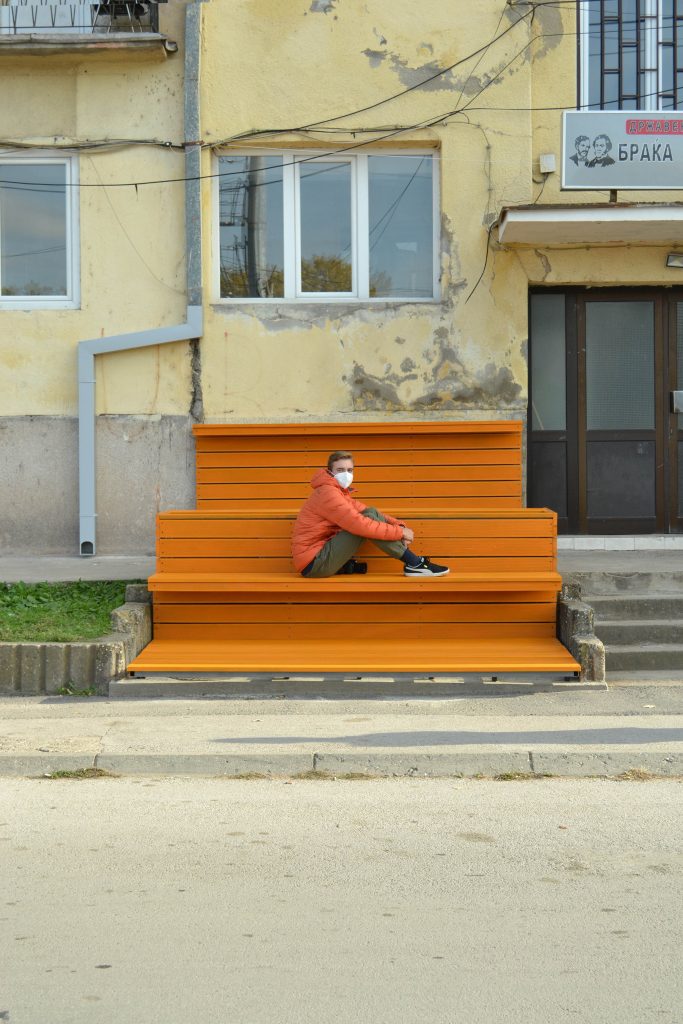 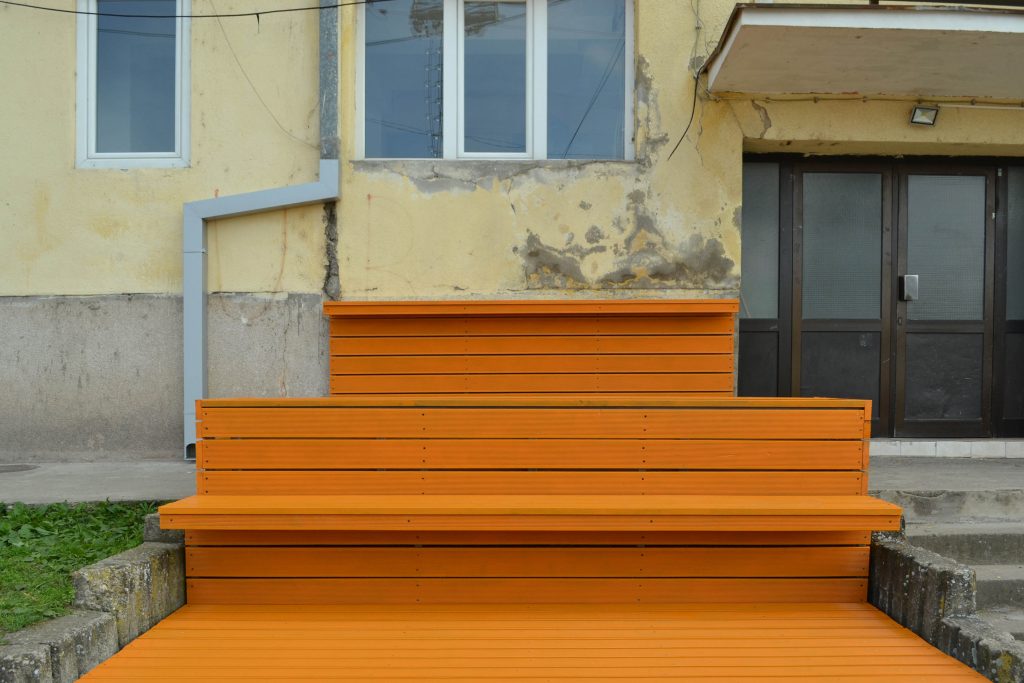 Strip is an urban intervention with recognized by its orange color. The lack of an open public space is the main initiator for the realization of this intervention in front of the entrance of the student dormitory “Braka Miladinovci” in Stip, North Macedonia. Using a shape that is dynamic emphasizes the uniqueness of the space that can be used by students and the surrounding residents. This small urban intervention is a gesture towards a public space that is accessible to all.

The concept design consists of a linear tape that fills in the existing concrete pockets and continues on the ground, finishing at the façade while creating a standing element (bar). This element allows sitting on a lower and higher levels. The tape color is orange, it continues from the street profile to the façade of the building. The touch of the intervention with the façade of the building is emphasized by placing a standing counter in the form of a bar for storing drinks like water and coffee. This dynamic intervention provoke different kind of activities like : reading a book, studying on laptop, drinking coffee, chatting with a friend etc. It is believed that this intervention could enhance more vibrant connection between the dormitory and the city, since it is located on the street façade of the student dormitory.

The dormitory inside contains a space, called a hang out room which is characterized by closeness and purpose for relaxation and socializing of students. The new intervention has the same purpose, but it is characterized by complete openness and use of space by several people. The idea for the orange color comes from this interior space, colored in orange.

The chosen material for this urban intervention is wooden decking. It is suitable for open areas where different weather conditions can occur. It is colored in orange. Under the decking structure there is a metal substructure over the existing asphalt and concrete of the pavement.

The workshop is organized by MELEEM Skopje, an association for urban culture development and space actualization, as part of the project Student Engagement for Dormitories without Corruption in the Republic of Northern Macedonia, implemented by the MELEEM, Youth Education Forum, YCC-Bitola, and Legal. The project is funded by the Open Society Foundations Higher Education Program, through the Foundation Open Society – Macedonia.