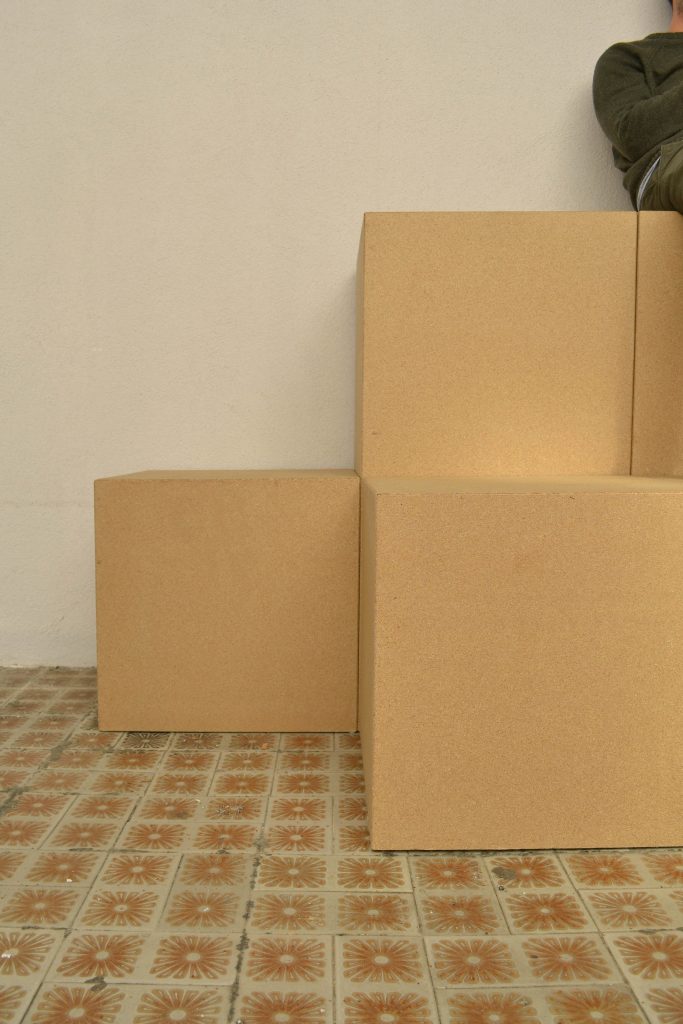 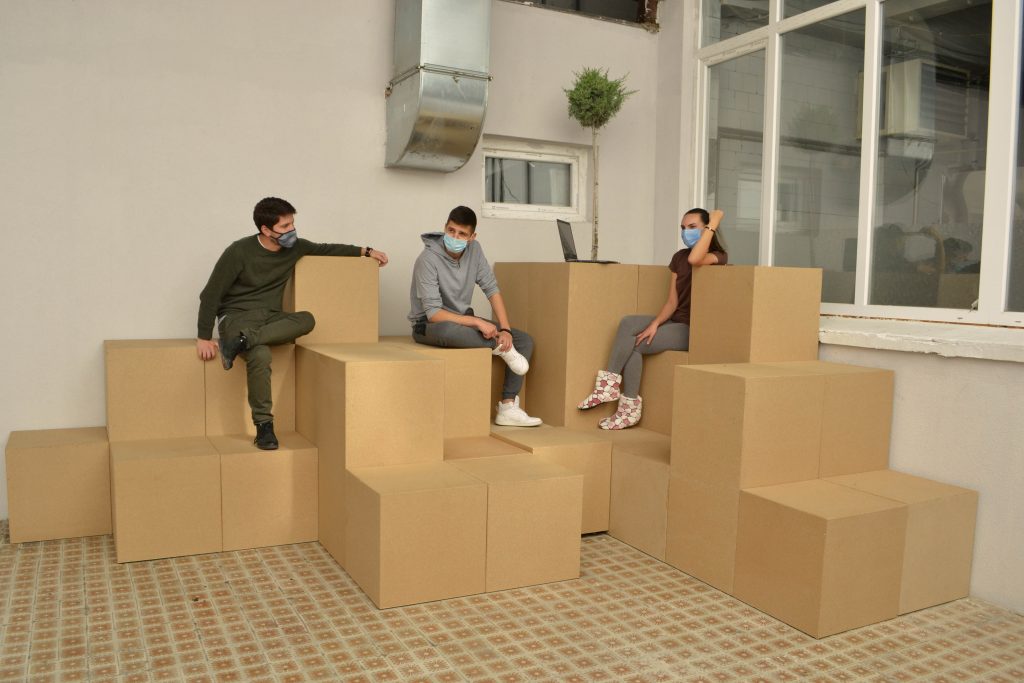 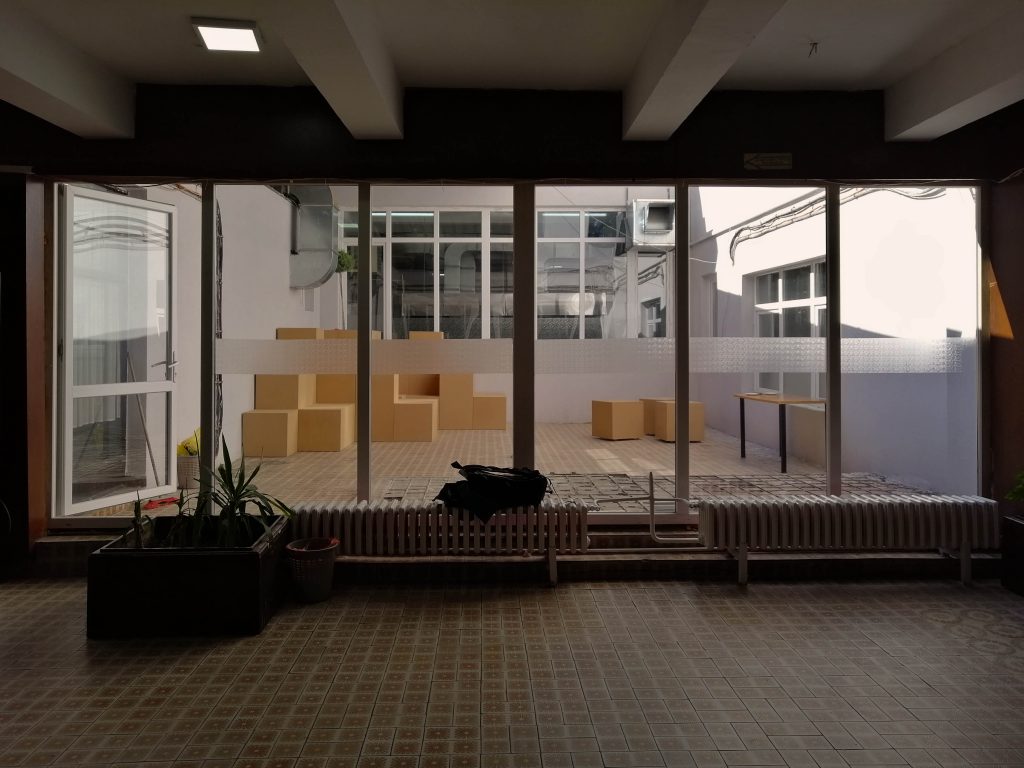 The intervention called Buffet, is located in the student dormitory Pelagonija in Skopje, North Macedonia. It is set in an atrium space enclosed with 4 walls and half covered with a roof. It is characterized by a dynamic structure that allows sitting on multiple levels, reading a book, learning on a laptop, drinking coffee and hanging out at a distance.

The design decision is quite simple. The main focus is on the half-covered space – where the intervention is located, but also there is a possibility of the part of the intervention to be movable in order to use the rest of the space, especially the one that is uncovered with roof.

The atrium in architecture is a very important and unique space for the users of the building. But this space in the dormitory was not fully used and visited by the students. The idea with this small spatial intervention was to reinforce the usage of this inner yard. With inserting a new spatial intervention it is injected new creative energy into this space that can give birth to new innovative ideas, activities and adaptation in whole student dormitory.

The intervention is an angular sitting position located in the corner of the covered part. It is created through a system of joining cubes and their free placement in space depending on the needs.

The shape is the result of a spatial net inspired by pre-existing ceramics on the floor. The occupation of the space is determined by finding the diagonal of movement when accessing the space from the main entrance.

The cubes that make up the small spatial intervention are pyramidically placed in one corner of the atrium. Part of them are freely placed and can be easily relocated for the user to create a new space according to their wishes. This enables the space to be used simultaneously by several groups of people, each within its own limits, using the freedom to interpret the space or to use the space of several people at a distance.

The purpose of the spatial intervention is to enrich this atrial space, to initiate a point for group socialization as well as to enable separate individual use and comfort in one’s own isolation.

Material used is a raw plywood which has a very pure look and it makes the boxes look solid and continuous from one to another.

The workshop is organized by MELEEM Skopje, an association for urban culture development and space actualization, as part of the project Student Engagement for Dormitories without Corruption in the Republic of Northern Macedonia, implemented by the Youth Educational Forum, MELEEM, MKF-Bitola, and Lega.