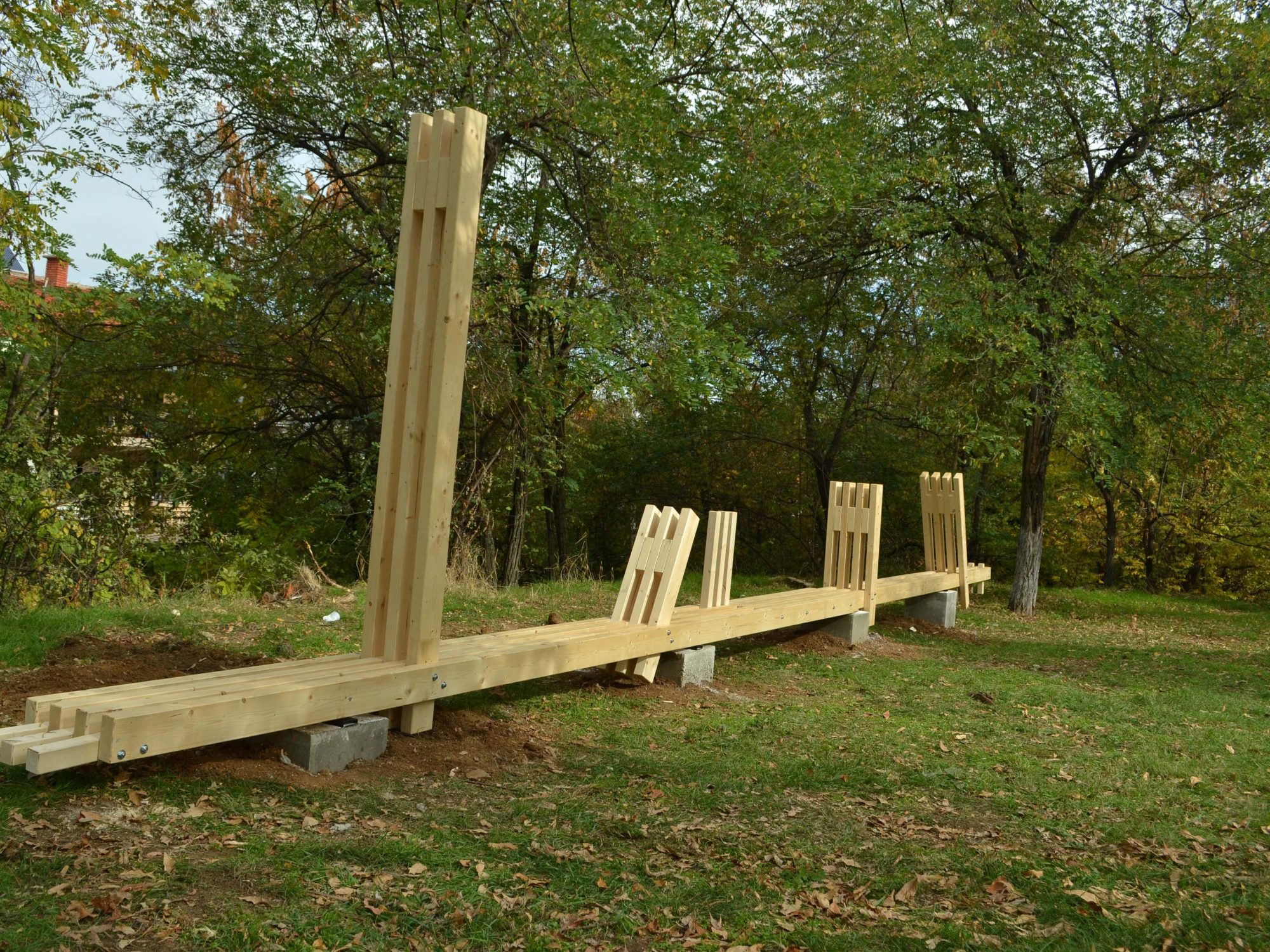 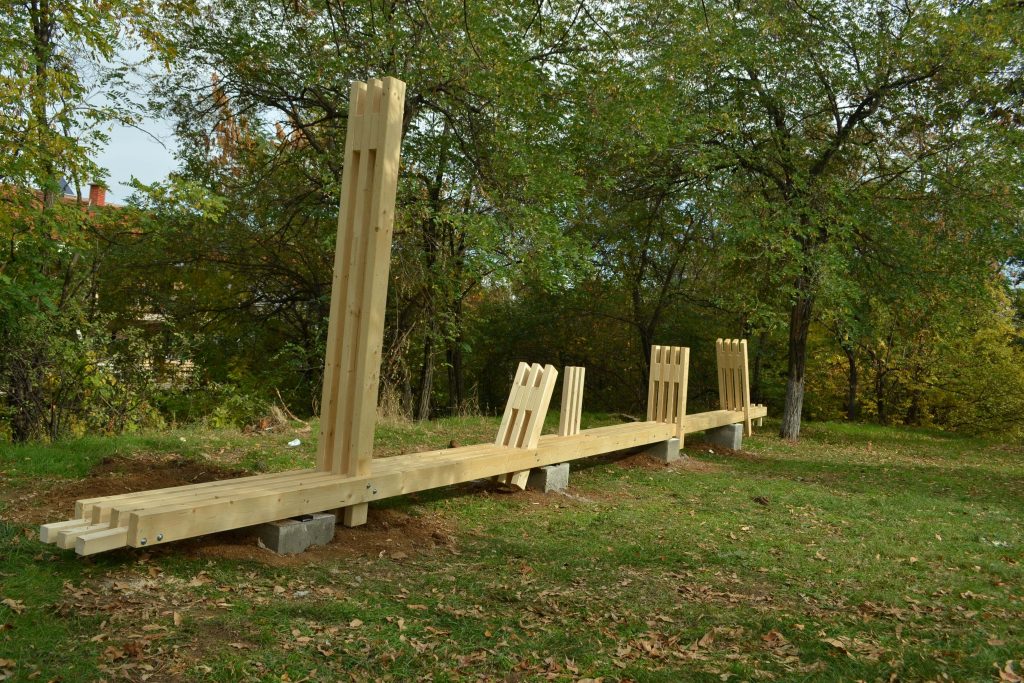 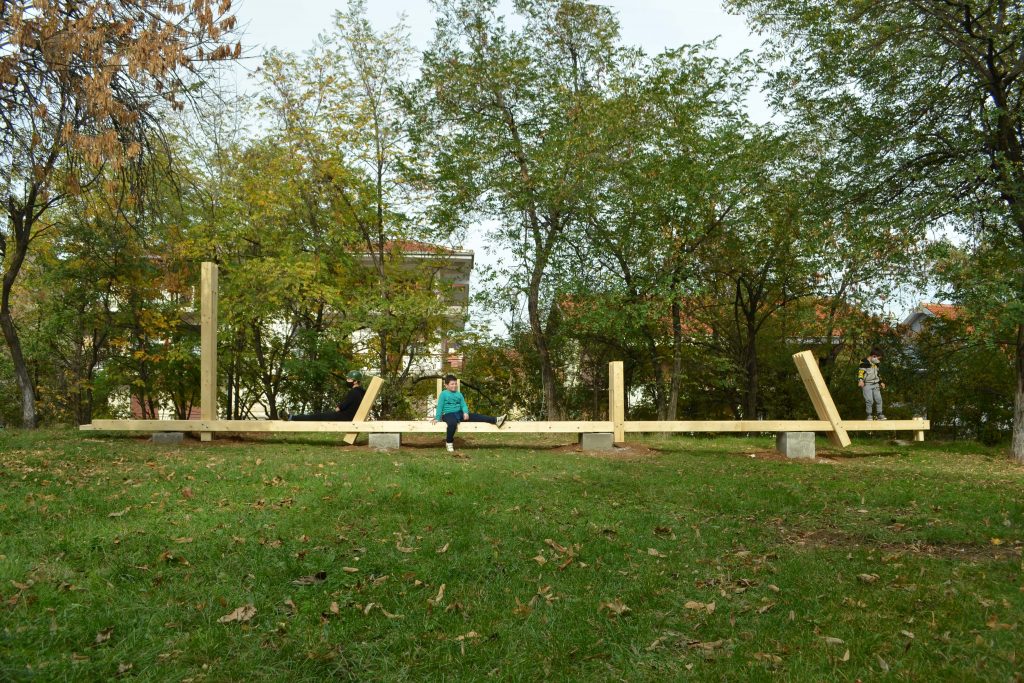 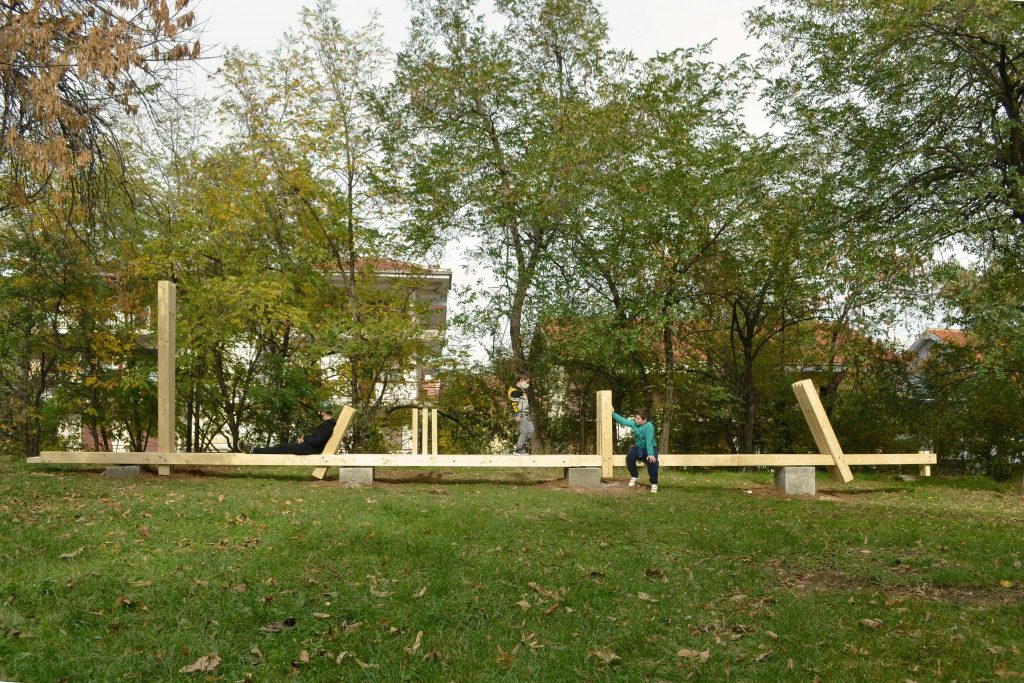 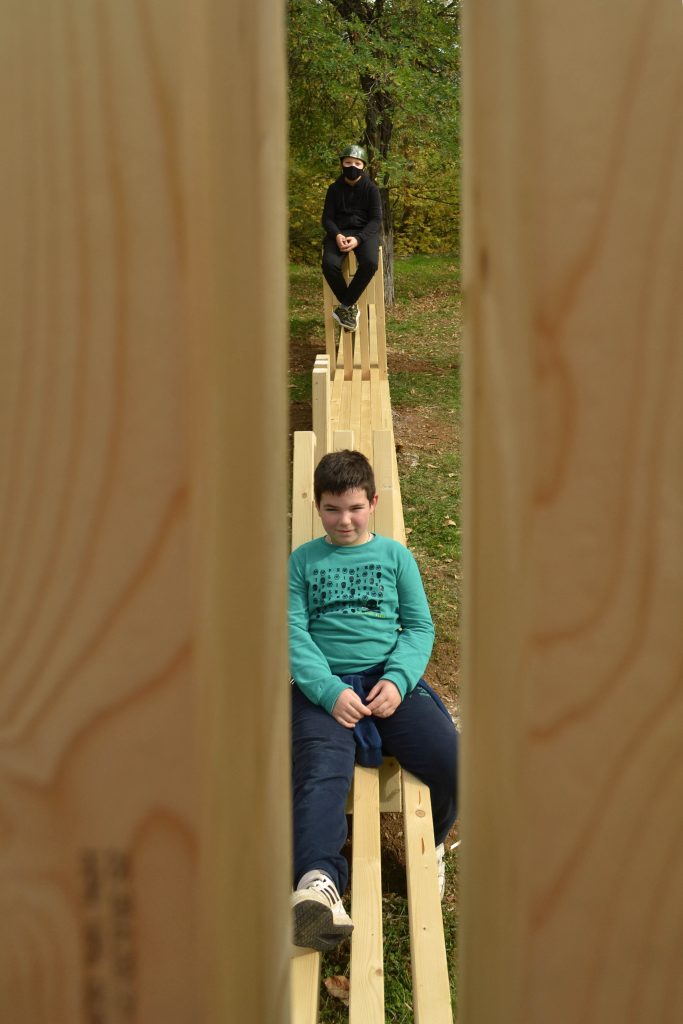 This urban intervention aims to enrich the existing space in the yard of the student dormitory in Bitola, North Macedonia. It is an integral one-form /one-line intervention, a move that connects two pairs of concrete boxes, containing vertical expressions for aim to suggest more functional units such as seating, rest, relaxation, meditation, observation, conversation, etc…

This urban intervention aims to connect these preexisting concrete boxes and to give life to space and invite students outside. Intervening in this way, the proposed object possesses the necessary monolithic to follow in the immediate context, while at the same time being formally cautious not to disturb the visual harmony formed by the natural and constructed elements of the surrounding.

The vertical element as a line often is connected with the human and his upright vertical body, while the horizontal with the horizon along like a basis on which we are walking. By merging these two key elements, a secure horizontal linear seating area and vertically placed elements in different rhythms are obtained.

Vertical elements divide the horizontal line into several segments, one of the reasons why they appear is the visual division of space so that these elements indicate different fields / surfaces that can be used by different groups or by multiple people at a distance.

The materialization of this seating structure consists of horizontal wooden scaffolds with dimensions of 5×20 centimeters and vertical 5×10 centimeters and different lengths depending on the usage scenarios. Wood as a natural, warm material is desirable for the materialization of small urban interventions due to the easy connection of the elements, mobility and also the spatial integration of the elements with the immediate natural environment.

We are happy to announce that our idea for this space is realized. Students, but also the surrounding residents of which most the kids did not remain indifferent to this intervention and immediately ran to try it.

The workshop is organized by MELEEM Skopje, an association for urban culture development and space actualization, as part of the project Student Engagement for Dormitories without Corruption in the Republic of Northern Macedonia, implemented by the MELEEM, Youth Education Forum, YCC-Bitola, and Legal. The project is funded by the Open Society Foundations Higher Education Program, through the Foundation Open Society – Macedonia.