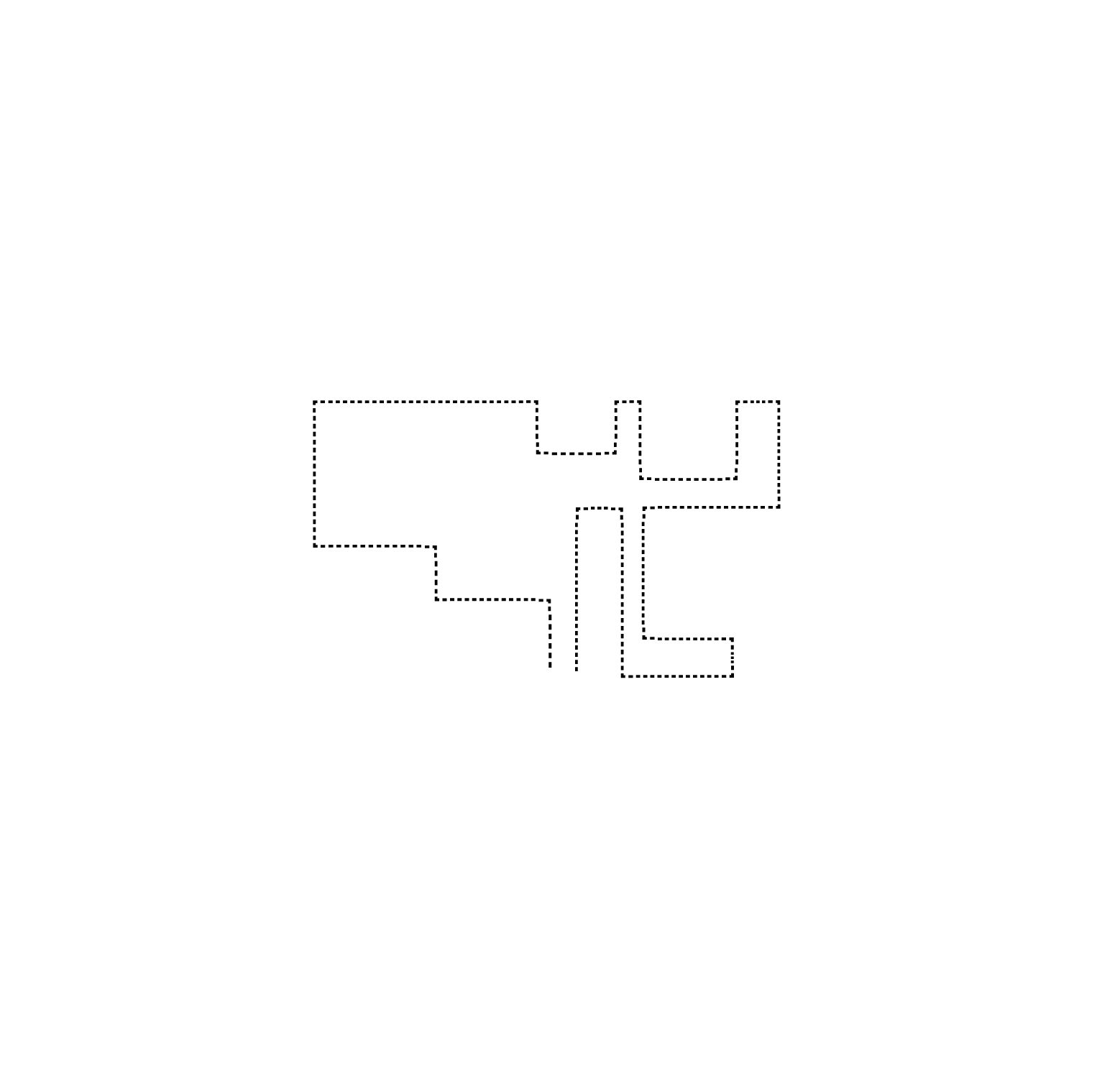 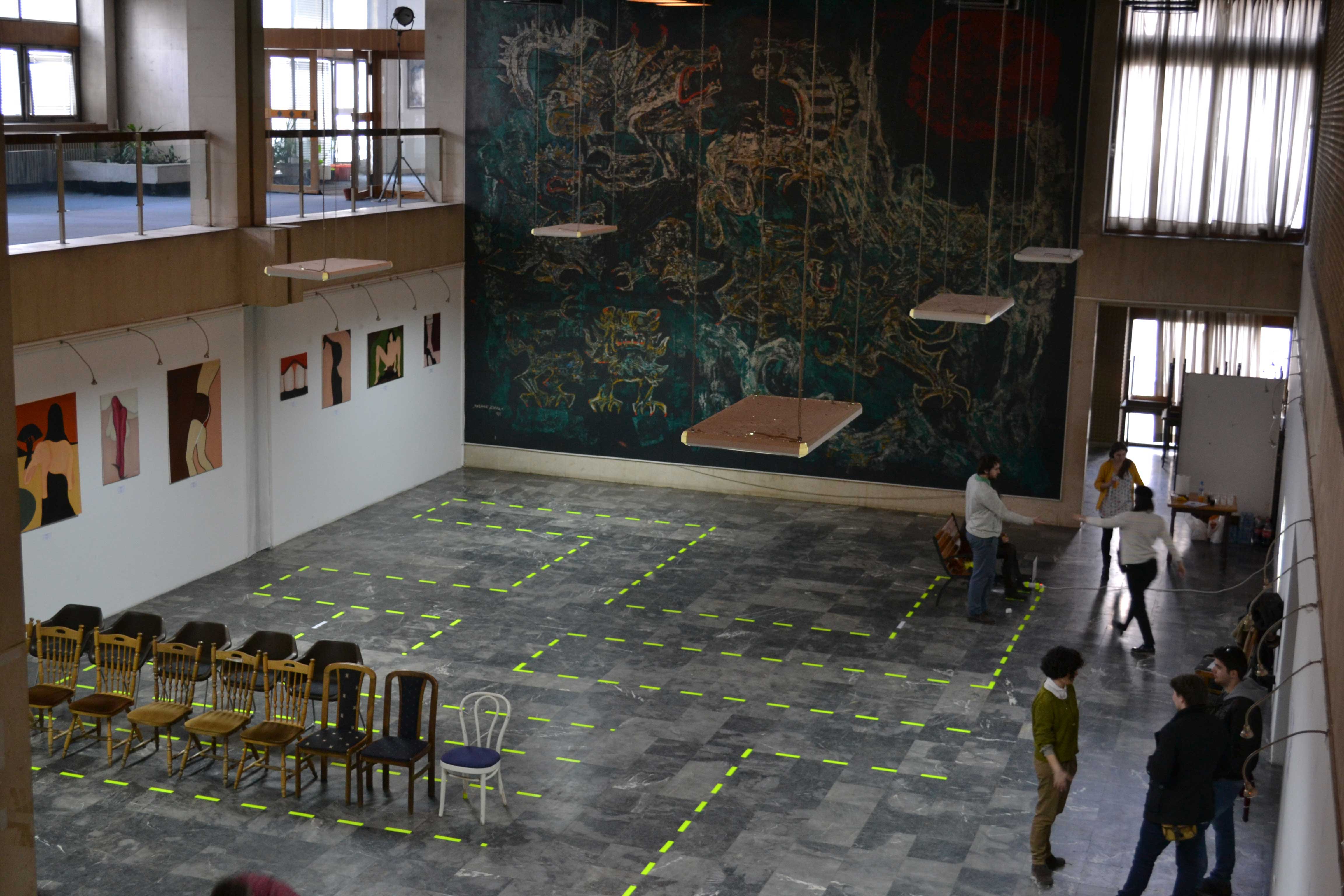 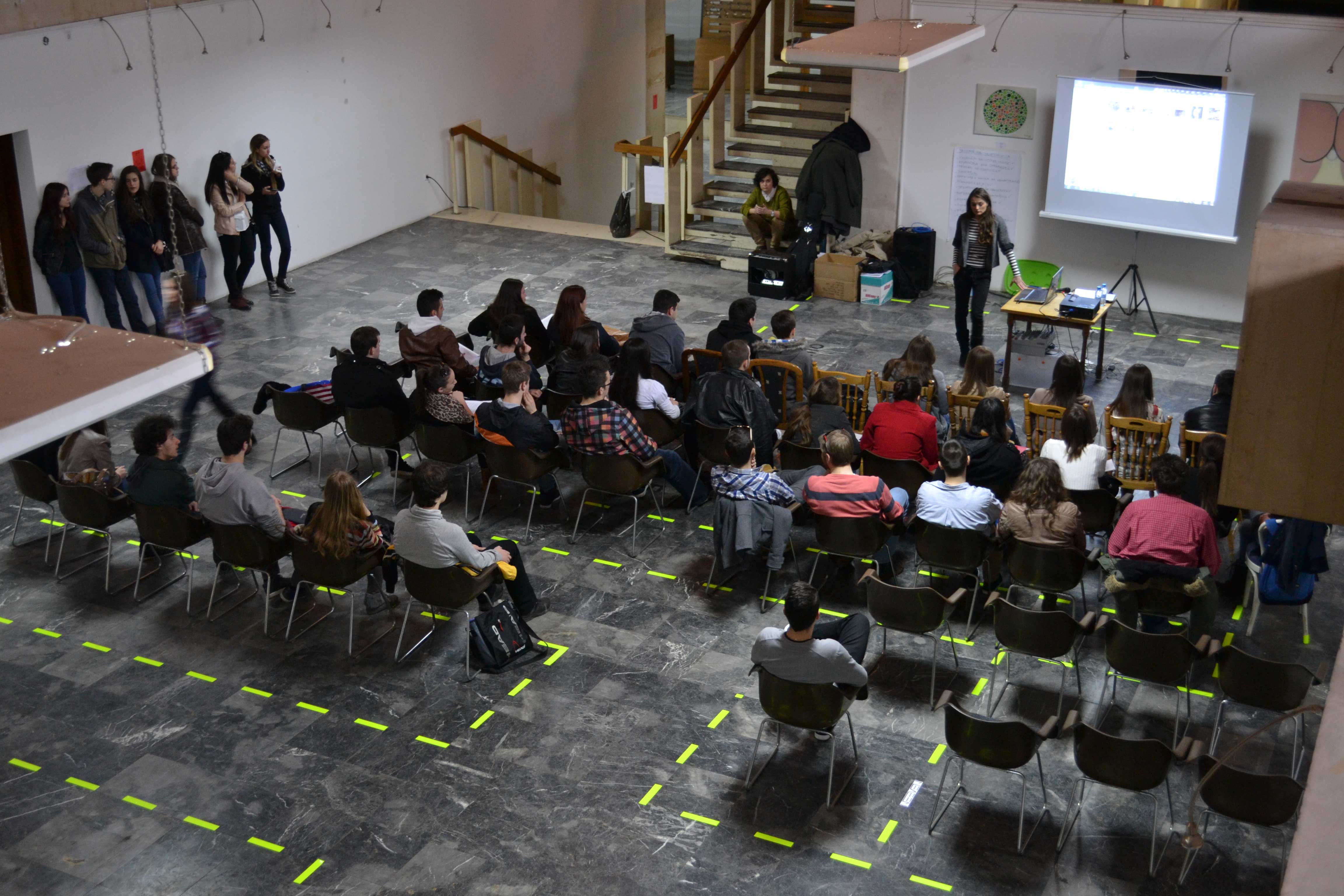 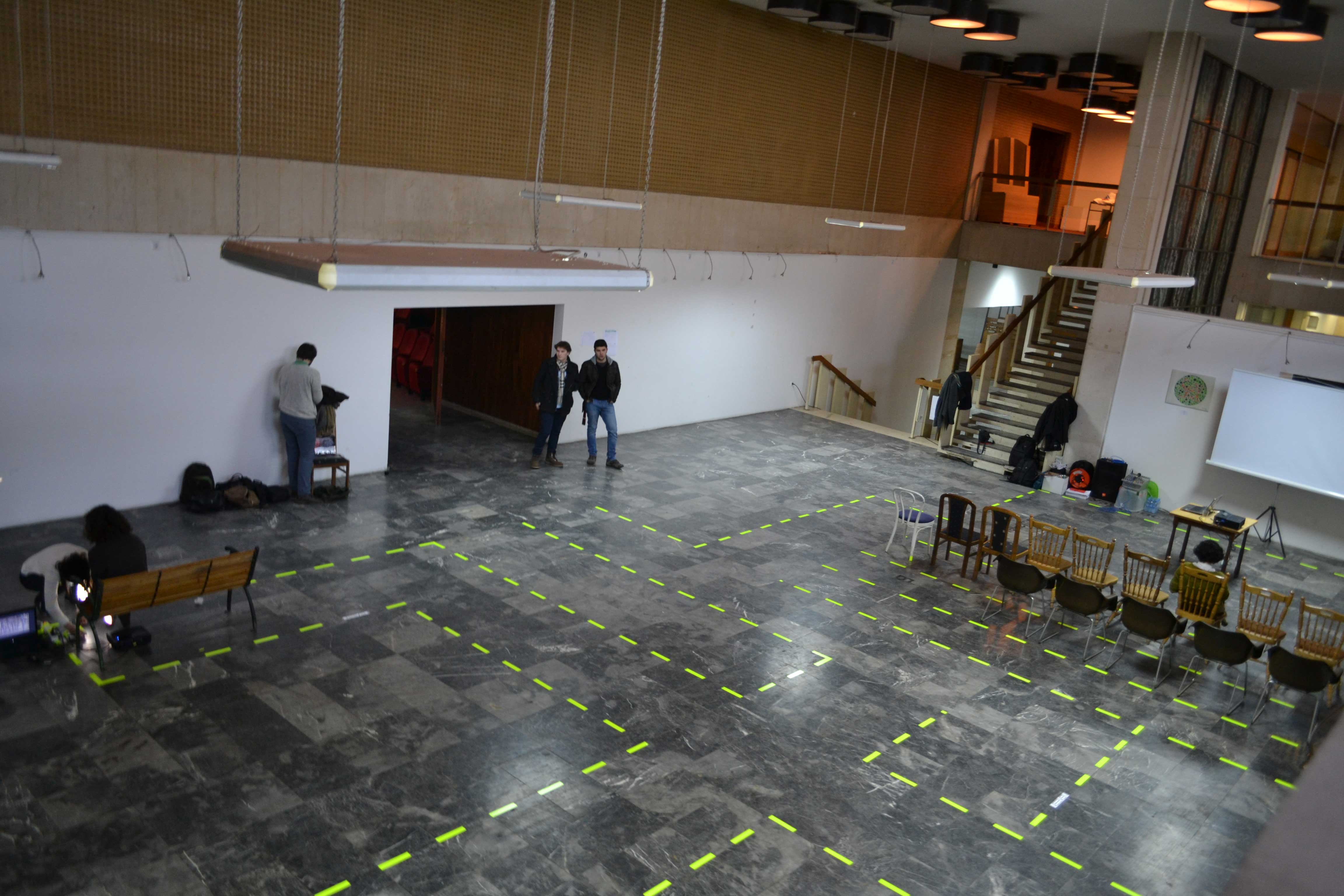 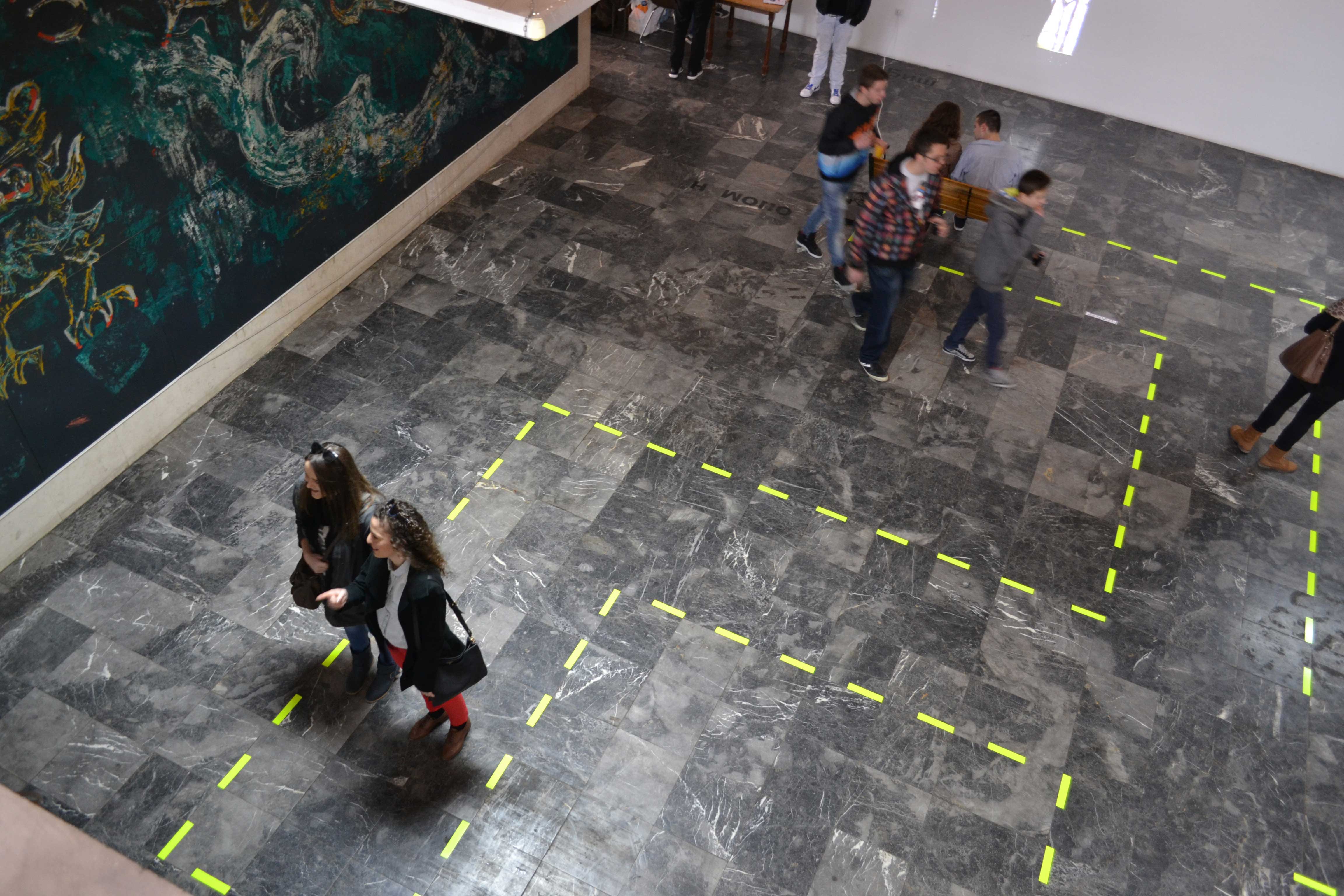 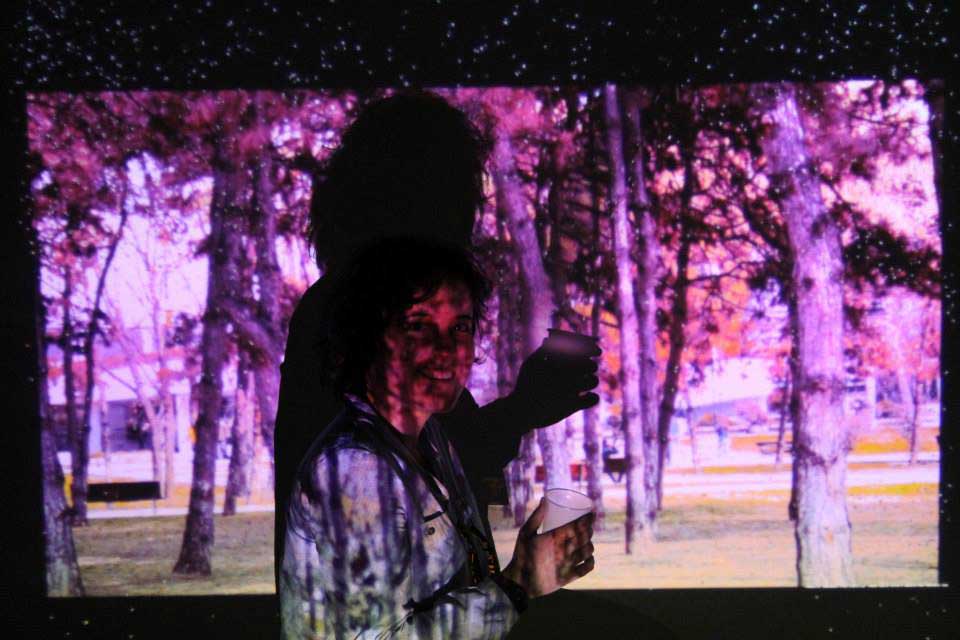 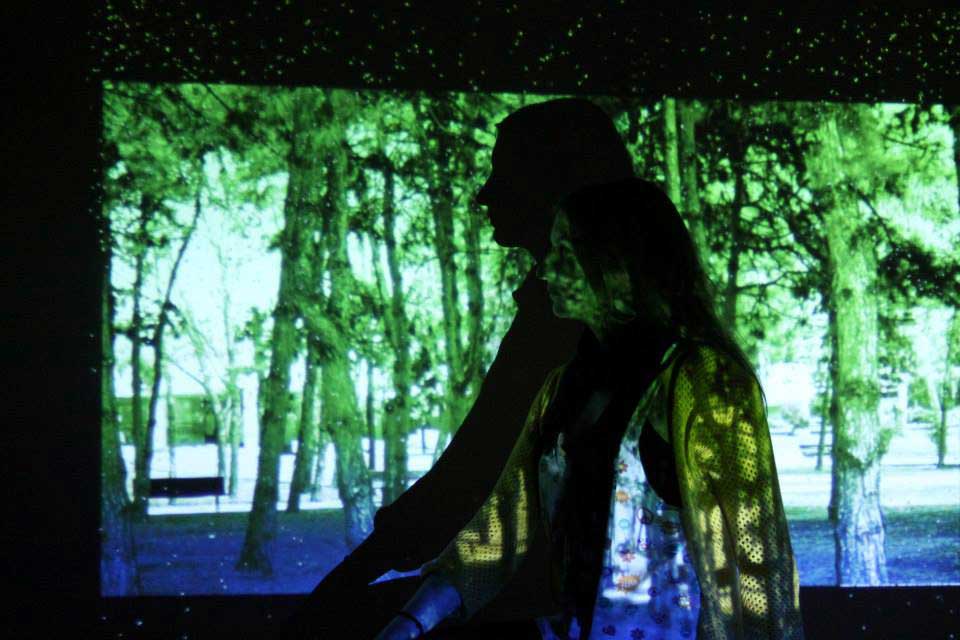 On 28th of February 2014, MELEEM participated at the event “Art before March – Alarm for spring awakening” with its own installation LABYRINTH.
The labyrinth has 2 entrances and 4 final points. One final point of the labyrinth was the space provided for the lectures which was filled with chairs for the visitors, and two other final points ended at two paintings of the already set exhibition in the Home of the Army of the Republic of Macedonia. At the last of the final points, there was a wooden bench and a projection of a short video of an ordinary day at the Zhena park in Skopje on the opposite wall.

The idea behind the labyrinth is to measure the quality of the space and its possibility for parallel actions (a lecture and an exhibition).
MELEEM chose its alternative tracks in the Home of the Army of the Republic of Macedonia.